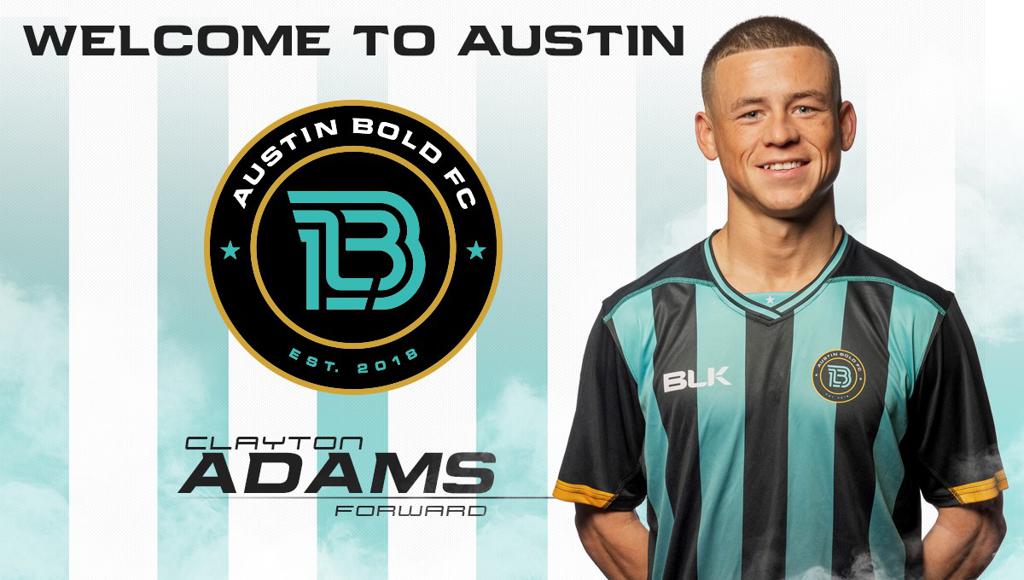 “Clay is very fast on the ball, strikes the ball with quality and has a good vision of the game with the ability to combine these qualities in high-speed situations,” said Austin Bold FC Head Coach Marcelo Serrano. “If he can perform like this in the professional ranks, we’re going to have a great player.”

Adams was one of over 180 players who competed in the open tryouts held in Austin on Nov. 9-11 and in Iowa on Dec. 15-16 that were looking to earn a spot on the Austin Bold FC roster.

“Signing a player from an open tryout shows how complex the recruiting system can be,” said ABFC General Manager Roberto Silva. “It keeps the hope alive for all the players out there who working to become professional players.”

Adams spent last season with the Georgia Revolution FC, where he was a teammate of ABFC forward Promise Isaac. The 24-year-old Adams opened the season with the GA Revs Reserves and secured a promotion to the senior squad after registering five goals and four assists in his first six appearances.

A native of Slidell, La., Adams played one season of high school soccer at Spring Grove High School in Pennsylvania before moving to Warner Robins, Ga., where he played three seasons of club ball in the Central Georgia Soccer Association.