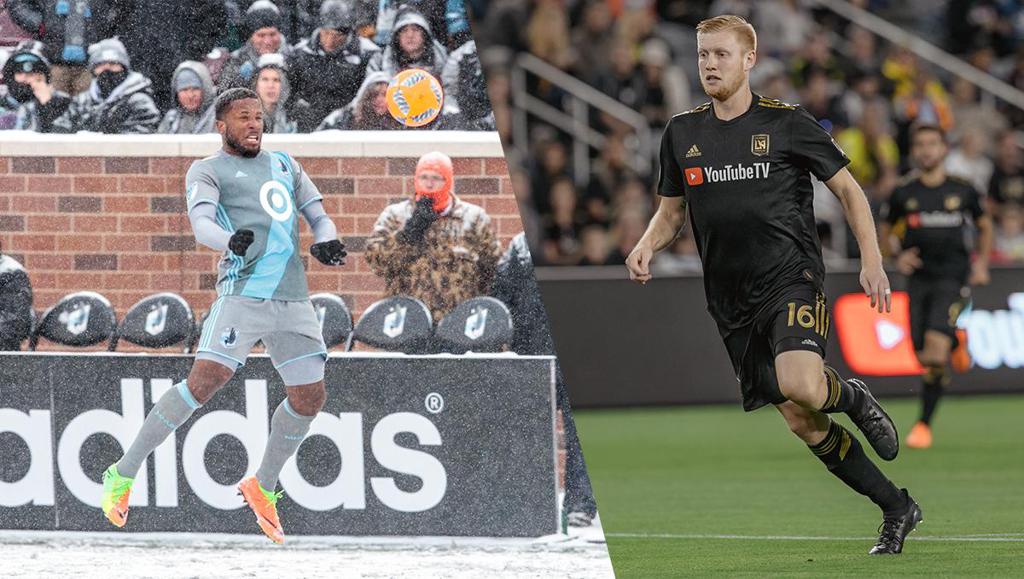 “With Jermaine and Calum, we have added high-level talent with MLS experience to our squad,” said Austin Bold FC Head Coach Marcelo Serrano. “Jermaine is an amazing defender – very tough, very solid – and will provide tremendous leadership on and off the field, especially for the young players we have on our squad.

“Calum has the technical qualities to play multiple positions, allowing him to play both defensive-midfield and offensive-midfield. He adds true value to our group, with great qualities as a person and a player.”

Taylor appeared in 14 matches with six starts for Minnesota United FC during their inaugural season in 2017. The Portland, Jamaica native joined the Portland Timbers in 2016 after being selected in the 2015 Re-Entry Draft, appearing in 23 matches with 21 starts. Prior to that, Taylor played five seasons with the Houston Dynamo, starting in 101 of 106 appearances. Taylor helped steer the Dynamo to back-to-back Eastern Conference crowns (2011, 2012) in his first two Major League Soccer campaigns.

The defender began his professional playing career at the age of 19 in the Jamaican National Premier League, appearing in 110 matches over eight seasons with Harbour View and St. George’s SC before signing with Houston in 2011.

At the international level, Taylor has appeared in 101 matches for the Jamaica national team, the seventh-most caps in senior team history, after working his way up through the U-17 and U-20 sides. Taylor has won three Caribbean Cup championships with the Reggae Boyz (2005, 2010, 2014), scoring in penalties to defeat Trinidad and Tobago in the 2014 Final. Taylor gives ABFC three players with Jamaica senior national team experience, joining defender Sean McFarlane and goalkeeper/coach Ryan Thompson.

Mallace spent last season with LAFC, helping the club place third in the Western Conference in its inaugural season. The 20th overall selection by the Montreal Impact in the 2010 MLS SuperDraft, Mallace appeared in 80 career regular-season matches with 51 starts for the club and registered 4,415 minutes played before moving to Seattle Sounders FC via trade in August 2017, appearing in three matches with USL Championship Seattle Sounders FC 2.

The Torphichen, Scotland native moved to Mendota Heights, Minn. at the age of nine and went on to play collegiately at Marquette University. Mallace started in 62 of his 69 appearances for the Golden Eagles and earned 2011 Big East Conference Midfielder of the Year and All-Big East Conference First Team honors. Mallace played with the Chicago Fire Premier in USL League Two in 2011, guiding the club to a third-round appearance in the Lamar Hunt U.S. Open Cup.