ABFC adds 2017 USL Championship Goalkeeper of the Year to roster 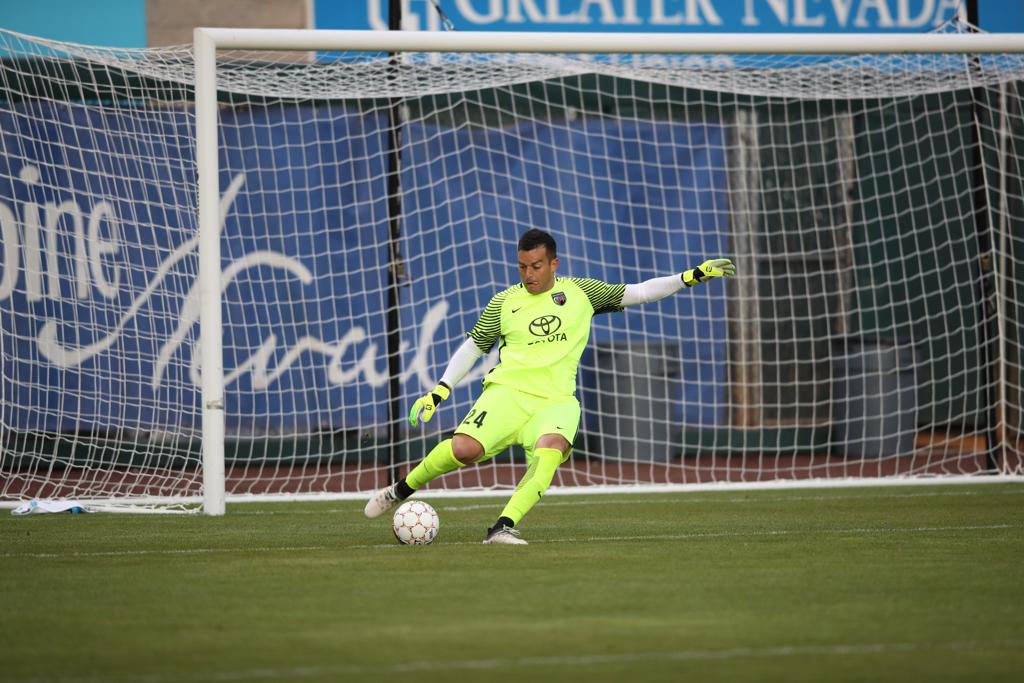 AUSTIN, Texas – Austin Bold FC announced today the signing of goalkeeper Diego Restrepo for the 2019 season, pending league and federation approval. Restrepo arrives in Austin after spending two seasons with San Antonio FC, where he was named the 2017 USL Championship Goalkeeper of the Year.

"Our ownership group requested that we bring in the best players and create a very strong team,” said Austin Bold FC General Manager Roberto Silva. “With the addition of Diego Restrepo, one of the top goalkeepers in the league, we have brought in an athlete who fits that profile and will be a tremendous fit to the team."

While playing with SAFC, the Venezuela native appeared in 51 matches and recorded 18 clean sheets. In 2018, Restrepo started 21 USL Championship matches, posting four clean sheets and registering a 71.2 save success rate.

In 2017, Restrepo led the league with 12 clean sheets in 27 games and guided the club to league-lows in losses (four) and goals conceded (24). In addition to his Goalkeeper of the Year honor, Restrepo was named to the 2017 USL Championship All-League First Team after recording a 76.7 save success rate and finishing runner-up in the USL Championship Golden Glove race with a 0.80 goals against average.

“I’m incredibly excited to join the Austin Bold family. I’d like to thank the coaching staff and front office for the opportunity to join the club in our inaugural season,” said Restrepo. “We have a great squad, and I look forward to joining my new teammates for preseason. With the quality we have, there’s no reason why we can’t reach the playoffs in our first season and compete for a championship.”

Prior to his time in San Antonio, Restrepo played the 2016 season with the Fort Lauderdale Strikers, appearing in 11 league matches with 23 saves and a 1.36 goals against average and guiding the club to the quarterfinals of the Lamar Hunt U.S. Open Cup. He has also spent time with current USL Championship clubs the Tampa Bay Rowdies and Charlotte Independence, as well as with Metropolitanos FC and Deportivo Táchira of the Venezuela Venezuelan Football Federation First Division and América de Cali of the Colombian Liga Águila.

The 30-year-old played collegiately at the University of South Florida and the University of Virginia, spending two seasons with each program. Following his transfer to Virginia ahead of his junior yet, Restrepo led the Cavaliers to the 2009 ACC Championship and NCAA Championship and established school records for games played (25), minutes played (2348), shutouts (16), consecutive shutouts (11) and consecutive scoreless minutes (1176) previously held by former United States national team goalkeeper Tony Meola.