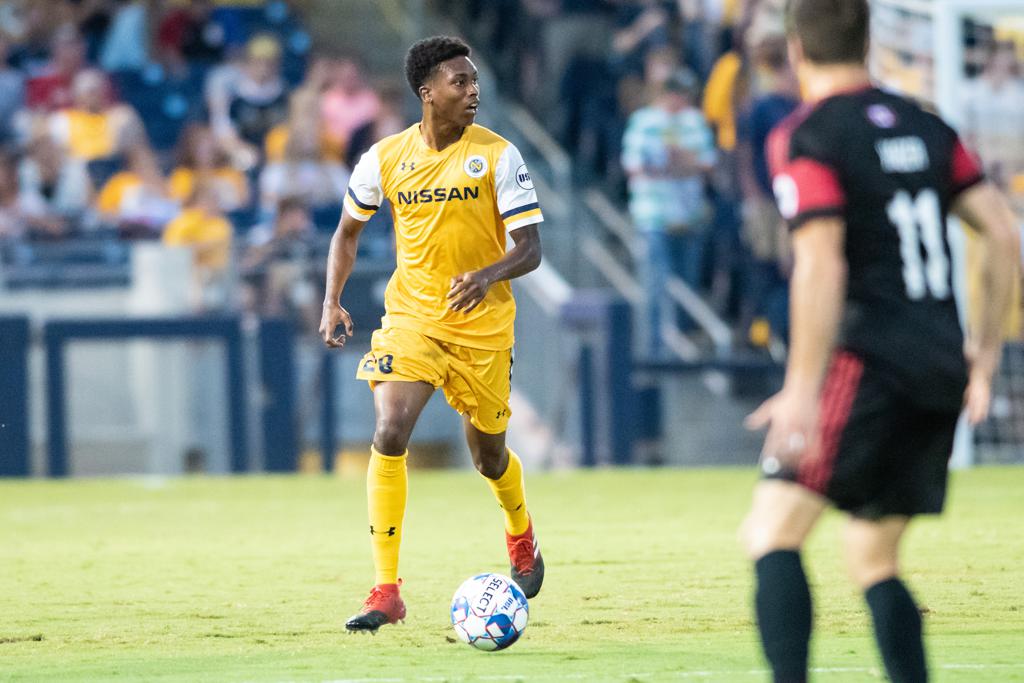 “London’s MLS and USL experience will help our team to be successful and we are happy to bring another Texas-born player back to play here with us in Austin,” said Austin Bold FC head coach Marcelo Serrano. “He is a skillful defender and Austin Bold FC will provide him with an excellent opportunity to showcase his skills and hopefully get back to MLS where he belongs.”

The 27-year-old appeared in 19 matches for Nashville during the 2018 season, helping the club advance to the Round of 16 in the Lamar Hunt U.S. Open Cup and an appearance in the USL playoffs. Prior to playing in Nashville, the center-back spent three seasons with the New England Revolution, netting one goal in 46 matches and helping the club to a runner-up result in the 2016 U.S. Open Cup.

The McKinney, Texas native played for the FC Dallas U-18 Development Academy during his youth career and signed a Homegrown contract with the senior team in 2013. Woodberry appeared in eight matches with Dallas during the 2013-14 seasons before moving to USL Pro club Arizona United in 2014. He appeared in 24 matches and scored three goals with Arizona.

“I am very excited to be joining ABFC in 2019,” said Woodberry. “I’m grateful to have another chance to play in my home state and more importantly a chance to create a winning mentality in a new club.”

Woodberry played collegiately at the University of Maryland, where he was third-team All-American selection by the National Soccer Coaches Association of America (NSCAA) following his senior campaign. He was a two-time All-ACC honoree for the Terrapins and was named to the 2012 ACC Championship All-Tournament team. Before his senior season, Woodberry played with the Baltimore Bohemians of USL Player Development League.

A McKinney High School alum, Woodberry was named a 2008 NSCAA All-American and Mr. McKinney Soccer following his senior season with the Lions.

He appeared in three matches and scored once for the United States U-18 National Team, winning a gold medal at the 2009 Australian International Olympic Festival.