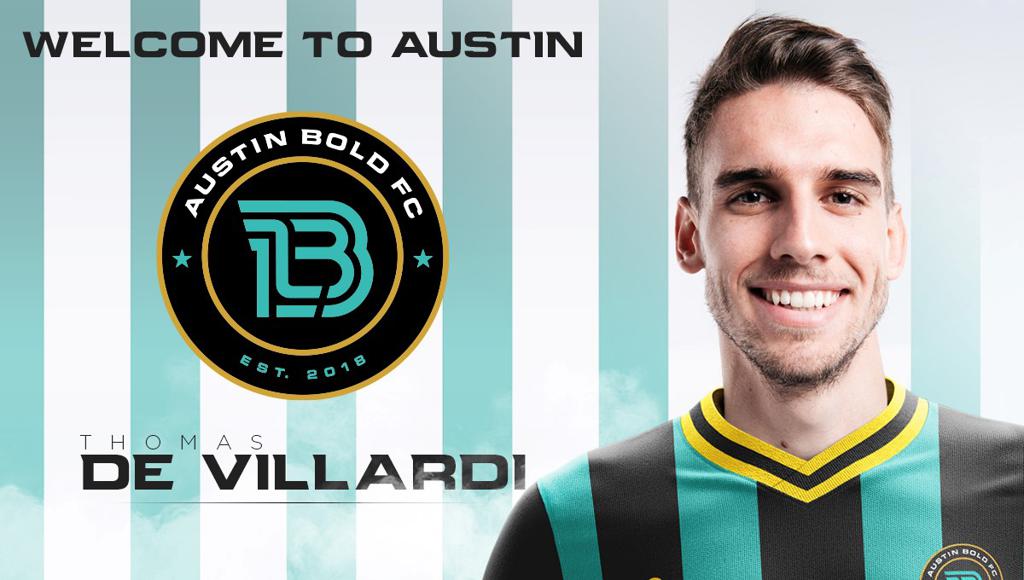 “Thomas is a solid defender with great technical ability. His youth experience in France, college career in the United States and his selection by an MLS team make him an excellent prospect for our first-year club,” said ABFC head coach Marcelo Serrano. “He has an excellent reputation not only for his soccer abilities but also as a great person and leader on and off the field.”

The 24-year-old played collegiately at Duquesne University and the University of Delaware, spending two years with each program. De Villardi was a two-time All-Colonial Athletic Conference selection following his junior and senior seasons at Delaware. He was named the CAA Tournament Most Outstanding Performer in 2016 and selected to the CAA All-Tournament team in 2015 and 2016. Following his freshman season at Duquesne, the midfielder was named to the Atlantic 10 All-Rookie Team.

“The Bold have given me an incredible opportunity to play in Austin,” said de Villardi. “I feel honored to be a part of an ambitious project in the USL Championship and can’t wait to start practicing with the group for the upcoming season.”

A native of Nogent sur Marne, Paris, France, de Villardi spent his youth career with En Avant de Guingamp of Ligue 1, the premier division in France, prior to beginning his collegiate playing career in the United States. De Villardi has also played with the Seattle Sounders FC and New York Red Bulls U-23 sides.