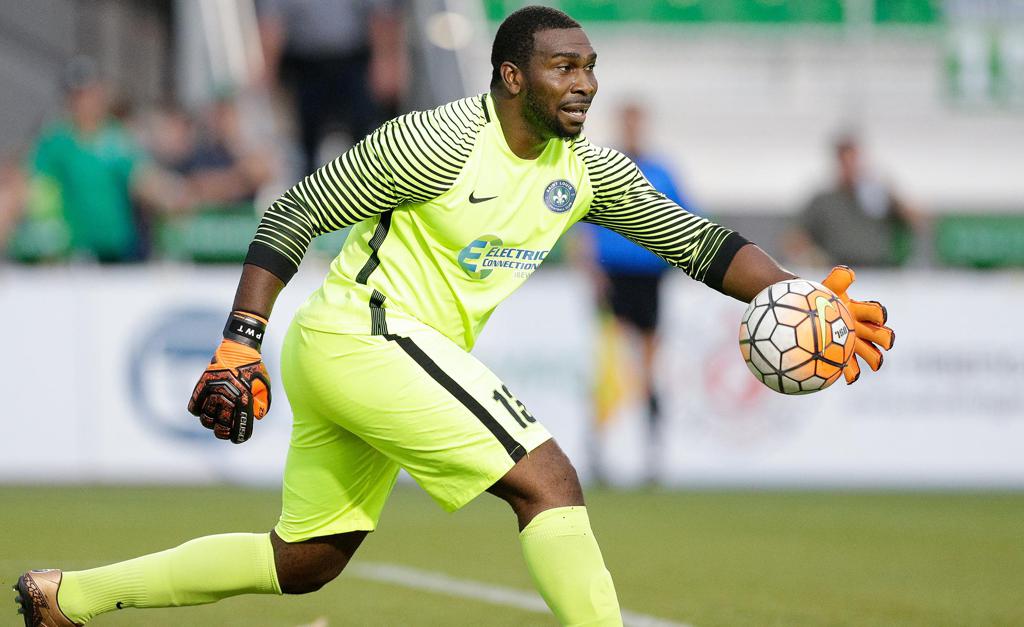 AUSTIN, Texas – Austin Bold FC announced today that Ryan Thompson has joined head coach Marcelo Serrano’s staff as the goalkeeper coach and will also serve as a goalkeeper with the club.

Thompson holds a USSF Class B Coaching License and has been the goalkeeper coach with the University of South Florida for the past two seasons. He previously served in the same role at his alma mater, the University of Tampa, and as the Director of Goalkeeping at the West Florida Flames Development Academy.

“Ryan comes to Austin with playing experience across many levels, including in the United States, the Jamaica national team and in Europe,” said Serrano. “Over the past year he has been transitioning from player to coach and we are able to provide him with the unique opportunity in which he can still play but also prepare for his coaching career.”

A native of Kingston, Jamaica, Thompson earned 12 caps with the Jamaica national team, collecting six wins in eight starts. Thompson helped guide Jamaica to a runner-up result in the 2015 CONCACAF Gold Cup, entering in the final match of the group stage to preserve a 1-0 victory over El Salvador to win Group B. He then posted a clean sheet in a 1-0 triumph over Haiti in the quarterfinals and a 2-1 victory over the United States in the semifinal before falling to Mexico in the final.

“I am truly grateful for this opportunity and thrilled to start the season,” said Thompson. “I can’t wait to see what this season will bring.”

Thompson has played professionally for seven seasons, most recently with Central FC of the TT Pro League in Trinidad and Tobago. He made his professional debut in 2011 with Shamrock Rovers FC of the Irish Premier League, helping guide the club to a league championship. While with the Rovers, he appeared in the Europa Cup and became the first Jamaican to play in the UEFA Champions League.

Following his time with Shamrock Rovers FC, Thompson played with Swedish club Väsby United in 2012, then returned to the United States in 2014 with the NASL side Tampa Bay Rowdies. In 2016 he joined the Pittsburgh Riverhounds of the USL and played for St. Louis FC the following season.

Prior to making his professional debut, Thompson spent 2008-09 with the Bradenton Academics and 2010 with MPS Portland Phoenix of the Premier Development League, appearing in 12 matches for each club. He returned to the Academics in 2012, appearing in eight matches before moving to Väsby United.

During his collegiate career at the University of Tampa, Thompson was a two-time All-American and led the Spartans to an NCAA Division II Final Four appearance his junior season. He garnered two Sunshine State Conference Defensive Player of the Year nods and was a two-time All-SCC First Team honoree.