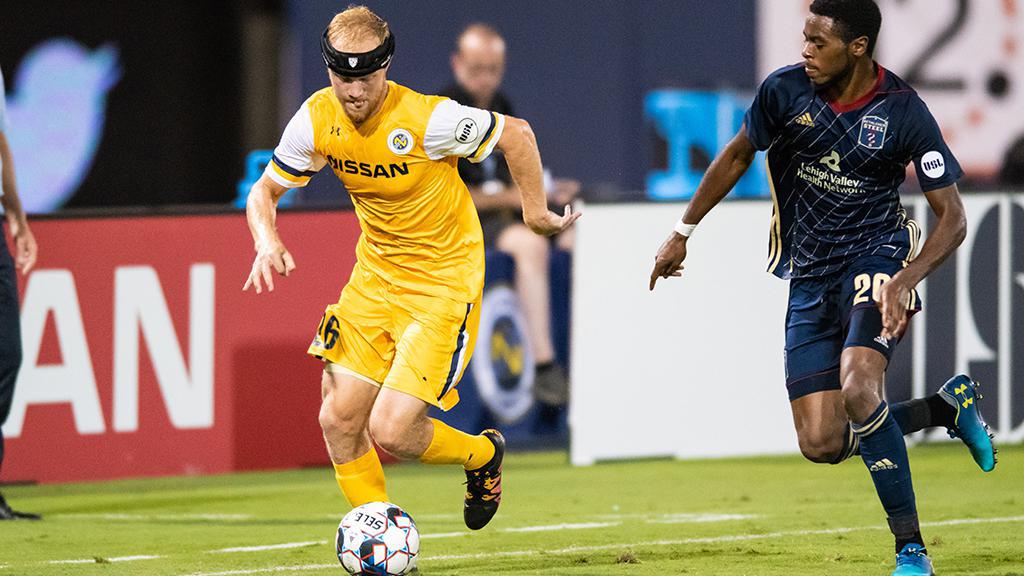 The 26-year-old has made 99 appearances in the USL during his career, scoring 27 goals and adding 10 assists in his time in the league. Tyrpak was a member of the 2016 USL Western Conference Champion Swope Park Rangers and was the second-leading scorer for San Antonio FC in 2017.

Tyrpak began his playing career as one of the original members of the Austin Aztex in 2012 and was named the 2013 USL League Two Most Valuable Player after leading the club to the league championship that season. In two seasons with the Aztex, Tyrpak scored 19 goals in 27 appearances.

"I’m happy to be back home playing in front of my friends and family,” said Tyrpak. “Austin Bold has provided me an opportunity that I could not pass up. I am hungry to get out there and compete for a championship."

The winger was selected in the third round (40th overall) of the 2014 MLS SuperDraft by Chivas USA, making nine appearances and scoring one goal before moving to the San Jose Earthquakes in the MLS Dispersal Draft following the folding of Chivas USA. He returned to the Austin Aztex in 2015, which had joined the USL, appearing in 27 league matches and netting nine goals. He also spent time that year with the San Antonio Scorpions of the National American Soccer League.

Tyrpak played collegiately at Houston Baptist University from 2010-13, where he was honored as the 2010 Athletic Soccer Conference Rookie of the Year following his freshman season and earned Western Athletic Conference First Team honors after his senior campaign in 2013. In his four seasons with the Huskies, Tyrpak netted 18 goals in 67 appearances.

A graduate of Dripping Springs High School, Tyrpak was a two-time District MVP and two-time Central Texas Player of the Year for the Tigers. He played his youth career with the Austin Capitals Soccer Club and Lonestar Soccer Club.

“Kris is another great local player, born and raised in the Austin area, that will be playing in his hometown next season,” said ABFC General Manager Roberto Silva. “With our recent addition of Sonny Guadarrama, Austin Bold FC will be able to showcase two of the best soccer players Central Texas has ever produced.”