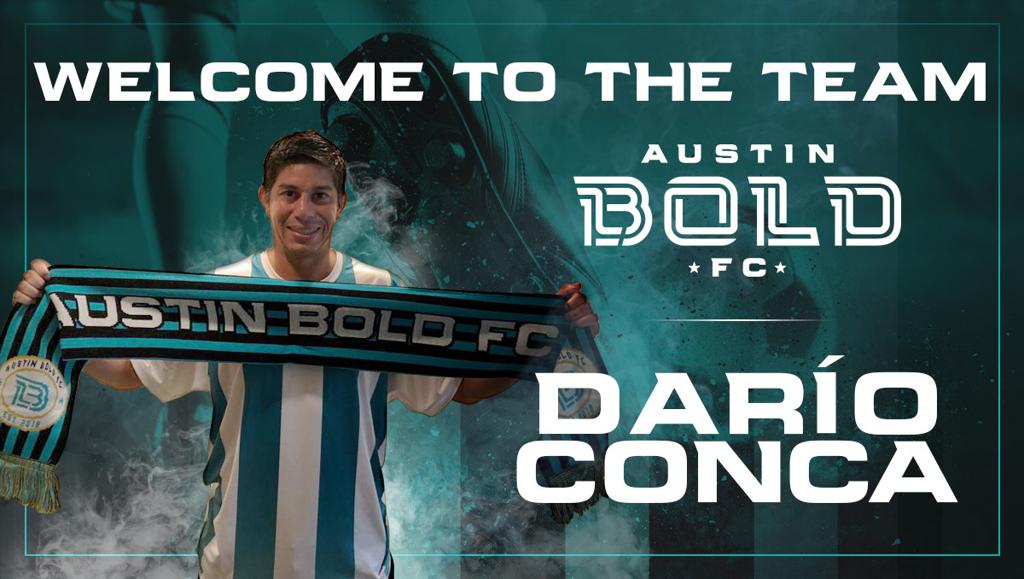 “Bringing Darío Conca to Austin is huge – he has amazing skills and will bring a lot of excitement to Austin Bold FC and to the Central Texas soccer community,” said ABFC general manager Roberto Silva. “I worked with him at Fluminense and would not be surprised if he becomes the best player in the league in 2019.”

The Argentine midfielder was a key component to Fluminense’s runner-up finish in the 2008 CONMEBOL’s Copa Libertadores de América and helped guide the team to the 2010 Campeonato Brasileiro Série A Championship, the club’s first title since 1984. Following his stellar 2010 campaign, Conca was named the Best Player and to the Team of the Year by the Brazilian Football Confederation. He also earned his second straight Craque da Galera Award, one of only two players to win the award twice and the only non-Brazilian to be honored with the award.

Conca signed with Guangzhou Evergrande in July 2011 to a then-Chinese Super League record contract that made him the third-highest paid player in the world – behind only Real Madrid’s Cristiano Ronaldo and Barcelona’s Lionel Messi. In two-and-a-half seasons with Guangzhou Evergrande, Conca appeared in 99 matches and scored 54 goals. The club won three Chinese Super League Championships from 2011-13, the 2012 Chinese FA Cup and Chinese FA Super Cup and the 2013 Asian Football Confederation (AFC) Champions League.

“I played against Conca in Brazil many times and I am so glad he is on our side now,” said Austin Bold FC head coach Marcelo Serrano. “His soccer history is amazing, and I have to thank the ownership group to allow us to bring such a big caliber player to USL.”

A native of General Pacheco, Argentina, Conca appeared in nine matches and scored once for the Argentinian U-20 national team. He made his professional debut with Club Atlético Tigre of the Primera B Nacional in Argentina at the age of the 15 before moving to Club Atlético River Plate of the Argentine Primera División the following year.