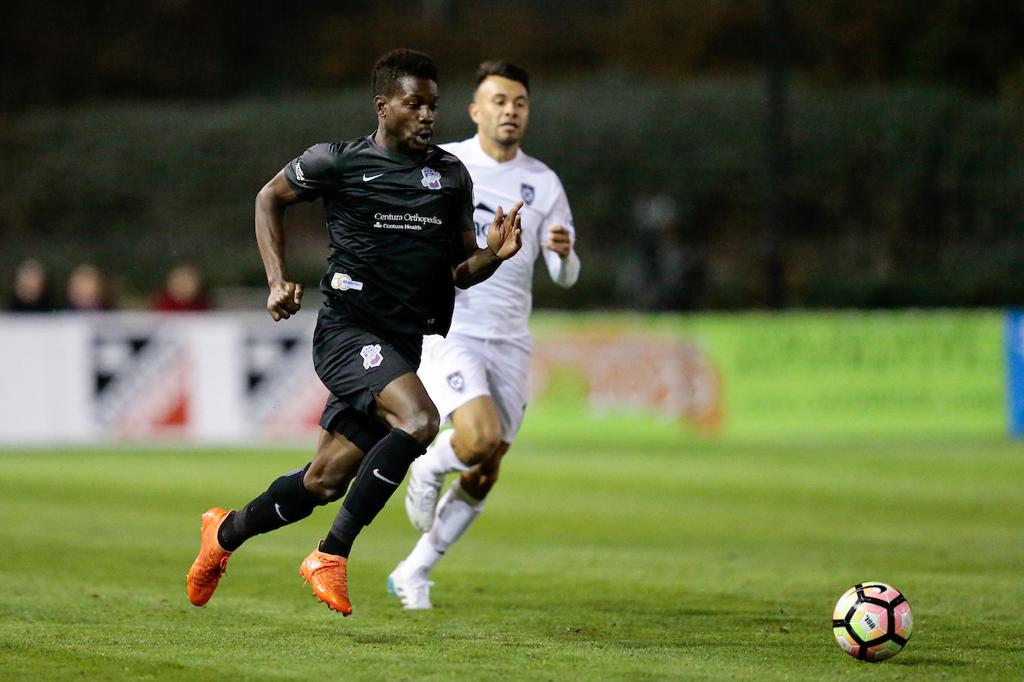 McFarlane arrives in Austin from Miami FC, where he helped guide the club to the National Premier Soccer League championship. In 17 appearances with Miami FC, he tallied three goals and in 877 minutes of play for a squad led by former Austin Aztex head coach Paul Dalglish.

“Sean is a competitive and versatile player who does a tremendous job at right-back but can also play center-back and in the midfield,” said Austin Bold FC head coach Marcelo Serrano. “He brings USL experience with Colorado Springs Switchbacks FC and will be an incredible asset to the squad.”

A native of Kingston, Jamaica, McFarlane made his international debut with the Jamaican U-20 national team during the qualifying stage for the 2012 U-20 World Cup, scoring in his second appearance with the team, a 3-0 win over Suriname. In all, he made 15 appearances with the Jamaican youth team and was a member of the senior national team that finished as the runner-up in the 2015 CONCACAF Gold Cup in the United States.

McFarlane first arrived in the United States when he was 11 and attended the American Heritage School in Fort Lauderdale, Fla. He began his collegiate career at Saint Leo University before transferring to Florida International University ahead of his junior season. In two seasons at FIU, McFarlane appeared in 31 matches with 20 starts. The defender netted four goals and added an assist in 1,983 minutes of play.

The 25-year-old previously played with the Colorado Springs Switchbacks FC of the United Soccer League. In 2017 with the Switchbacks, McFarlane appeared in 29 matches with 23 starts, scoring twice, including the lone goal in a 1-0 victory over future Austin Bold FC rival San Antonio FC that halted SAFC’s season-opening 14-game unbeaten streak.

With the addition of McFarlane, Austin Bold FC has announced a total of seven players (Faris Abdi, Edson Braafheid, Kléber The Gladiator, Promise Isaac, Marcelo Saragosa, Valeri Saramutin) for the 2019 inaugural season. The club will announce additional player signings in the coming weeks.