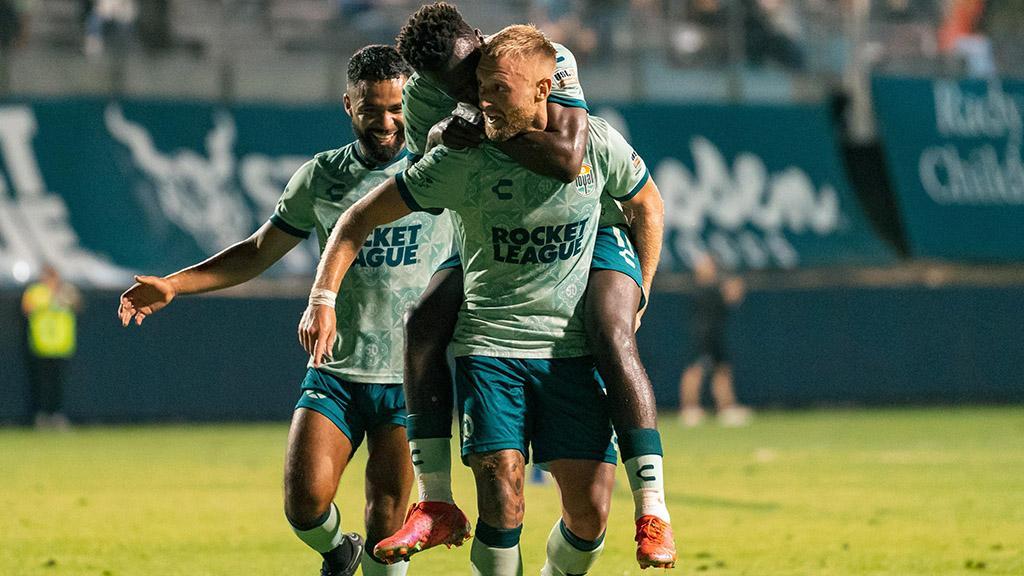 The last time a team sitting on top of its conference visited Torero Stadium, it was a difficult night for San Diego Loyal SC.

Perennial USL Championship title contender Louisville City FC arrived on April 16, and promptly put up a five-goal performance as its high pressure resulted in three goals on four shots directly from turnovers against its hosts, both single-game highs in the league this season.

On Saturday night, the only team to have turned possession over more in the attacking third of the field than LouCity this Championship campaign will be SD Loyal’s visitors. Western Conference leader San Antonio FC is set to visit its closest challenger for top spot in a must-see contest for fans and neutrals alike, with the contrast in styles and talent across both squads offering an enticing contest.

For SD Loyal Head Coach Landon Donovan, it’s a chance for his team to show how much it learned from the experience against Louisville. At the same time, he’s also aiming for the side to produce the sort of display that has delivered six wins in the past seven outings and a surge up the table.

“When you play a team that is that intense in the way they press, it’s very challenging,” said Donovan of San Antonio. “You can break the pressure a number of times and create chances, but if you turn the ball over, they have really dangerous attacking players who can hurt you, and that’s how they've had most of their success this year. So, it’s a mix of staying true to our identity – we’re playing well now, and we want to stay true to that – but also being aware that this is the type of team that can really hurt you if you turn the ball over.”

SD Loyal sits as one of the best teams in the Championship when it comes to retaining possession, befitting the style Donovan and his coaching staff have looked to employ since the club took the field. The team ranks fourth in the league in average possession, and fifth in total passes, and when it’s needed to play longer, it’s been better than most. San Diego’s passing accuracy rate on long passes sits at 54.3 percent, well above league average (45.9%), a sign of the quality of play it has produced this year. 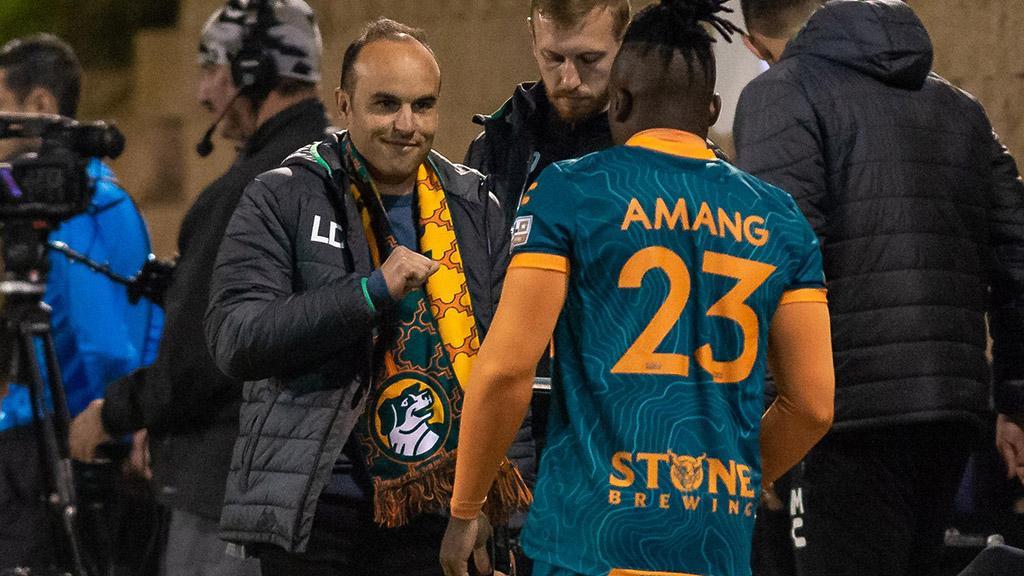 The ability to play upfield for offseason arrivals like leading scorer Kyle Vassell or Thomas Amang to control and build an attack through has been invaluable, adding another string to San Diego’s bow. The variety of attacking approaches has resulted in a league-high 49 goals, with SD Loyal not only among the best chance creators in the league but getting the finishing to go with it. The team’s 21.3 percent shot conversion rate leads the league. It’s also up 5.5 percent from a season ago.

“In the end, you have to have players make the plays,” said Donovan. “What we do as good as any team and maybe better than everyone – maybe Louisville, Tampa Bay are on par with that – is the volume of high-quality chances we create. And so, through our structure and our movements, we get into very dangerous positions and put ourselves in good position to score goals. That’s our job as coaches, and then the players ultimately have to perform and execute, and our guys have.”

What could be the biggest key against San Antonio, however, is picking the right moment to go, and when to stay. Donovan is confident of his attack’s ability to take on any defense, including San Antonio’s, which sits tied for the fewest goals conceded and most shutouts this season alongside LouCity – “If teams want to come after us and leave it two-v-two in the back, we’ll just kill them,” he said. “That’s part of the reason why we’ve scored the most goals in the league.” – but he’s also aware that against a team like San Antonio getting into a game with constant transitional play is a recipe for trouble.

“The challenge for us is – as we are inevitably going to have to play a little more direct when they come after us – are we able to get in there and make good, intelligent decisions?” said Donovan. “Can we get in there and keep them pinned in their end and make them run for a while? That’s going to be the big question in the game. Can we be smart enough not to get into a track meet with them, because that’s the way they want to play.

“We’ve done a very good job over the years of not getting into that kind of game with Phoenix, [that’s the] type of game they love to play as well. We've done a good job with Colorado Springs in that way. They’re much different than the way they play it in San Antonio, those two teams, but there are a lot of similarities. So, we need to make the game look the way we want it to. That gives us a better chance to be successful.” 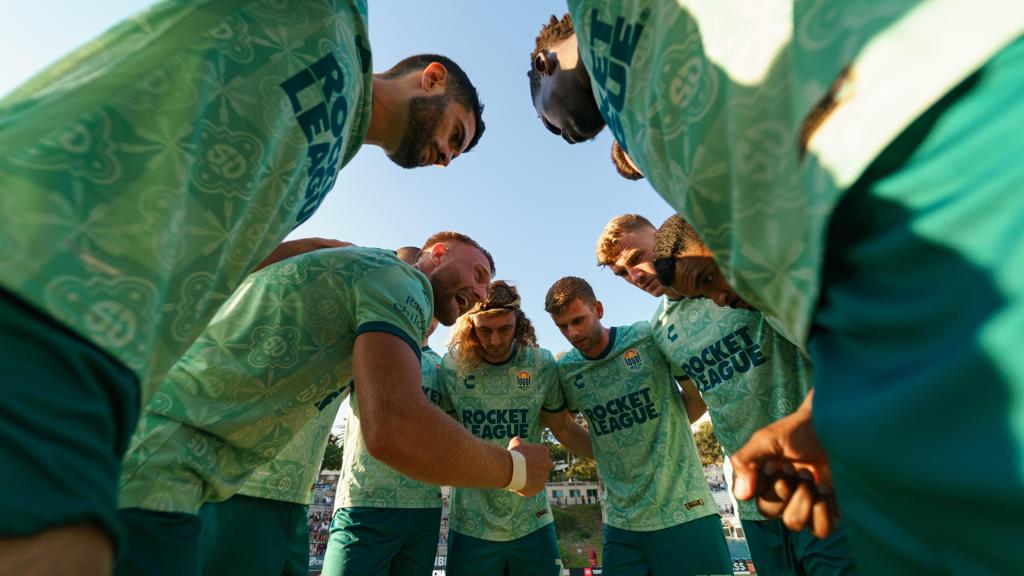 If San Diego is successful on Saturday night in handing San Antonio its first defeat since a June 4 loss to Sacramento Republic FC, it could open the door to a potentially interesting final third of the season for both clubs. Sitting seven points behind SAFC in the West, SD Loyal has ground to make up – San Antonio is currently rated a 92 percent chance of finishing first by fivethirtyeight.com – but with both meetings between the sides still to be played, first on Saturday and then at Toyota Field on September 10, the opportunity is there for Donovan’s side to challenge the current title favorites.

“If we win on Saturday, I think there’s some life to us finishing at the top,” said Donovan. “Now, San Antonio aren’t going to drop a lot of points along the way. I'm very confident in that. But we do play them two more times. So, if we win Saturday, and we keep continuing to pick up points and play them again, there’s a chance we catch them.

“For me, the ultimate goal right now is making sure we finish in the top two. That would ensure potentially at least two home playoff games and put us in with a really good chance to achieve our goals. This game will be very, very pivotal on whether we really can chase them, or if they’re going to run away with it.”

Maybe as importantly, Saturday could be the moment when SD Loyal puts down its marker as a central player for the USL Championship title, not just one of the most entertaining teams in the league.