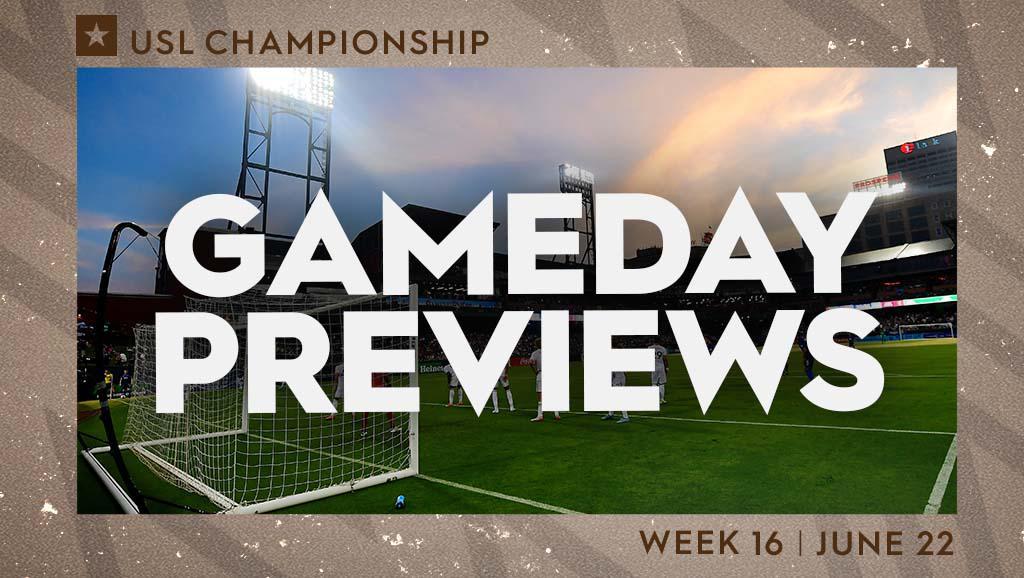 Memphis 901 FC will take aim at regaining top spot in the Eastern Conference as Week 16 of the USL Championship’s regular season kicks off on Wednesday night in the Bluff City as FC Tulsa visits.

Here’s a look ahead to the action.

The Lowdown: Memphis 901 FC will look to get back on a winning track and regain first place in the Eastern Conference as it plays host to an FC Tulsa side which will be led by interim Head Coach Donovan Ricketts for the first time on Wednesday night. Memphis played to a 1-1 draw at Hartford Athletic last Wednesday night as a second-half goal by Phillip Goodrum leveled the game with his eighth goal of the season, but the visitors were unable to find a late winner despite having much the better of the second 45 minutes. That result allowed Louisville City FC to move into first place on Saturday night, one point ahead of 901 FC as the sides approach the midway point of the campaign, with Memphis having played one game fewer. The hosts will be hoping for a repeat of the last meeting between the sides in 2021, when 901 FC took a 3-2 victory, while Tulsa will be aiming for a turnaround in form as it tries to break a five-game winless streak that has left the side below the playoff line in the East. That form resulted in the club parting ways with Head Coach Michael Nsien last Friday after a 0-0 draw against the New York Red Bulls II last Wednesday night, with Ricketts now at the helm as Tulsa tries to spark its season. The side has seen recent positives from the form of goalkeeper Austin Wormell, who has recorded consecutive shutouts in the past two games, but the team’s attack led by JJ Williams, Rodrigo da Costa and Brian Brown will need to be more productive to get Tulsa back into the playoff race.

Spotlight Players
Memphis 901 FC – Aaron Molloy: The Irish midfielder has been a strong two-way contributor for Memphis, leading the team with 21 chances created and 21 tackles while ranking third with 78 duels won in the center of the park.

FC Tulsa – Rodrigo da Costa: The Brazilian playmaker is tied for the team lead with five goals this season, including a late equalizer against the Tampa Bay Rowdies on June 1, which marked the last time Tulsa scored in its recent winless run.