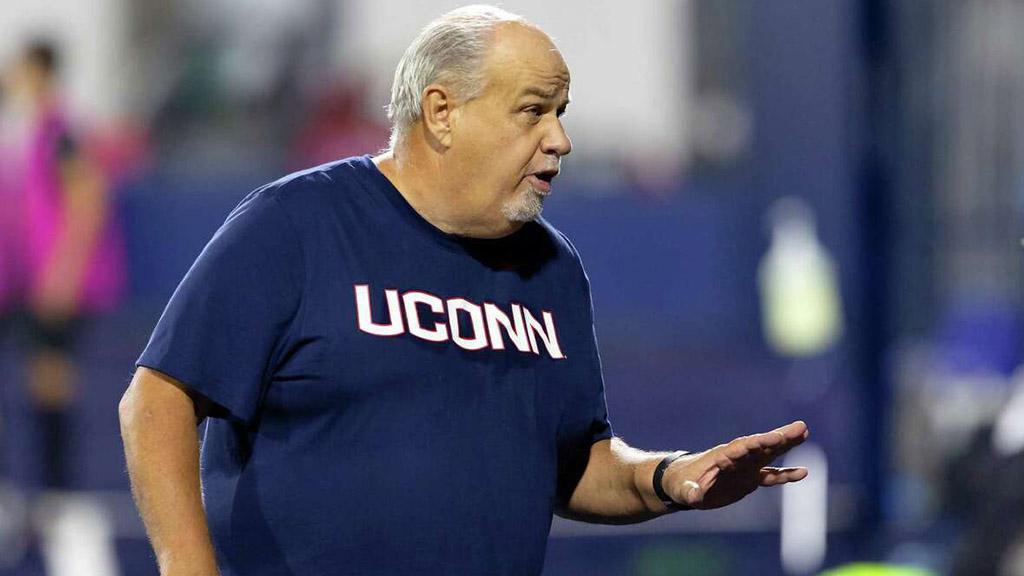 New Hartford Athletic Technical Director Ray Reid recorded the second-highest win total in NCAA Division I Men's Soccer in his career, 25 years of which were spent at the University of Connecticut.

HARTFORD, Conn. – Hartford Athletic announced on Friday the club had appointed Ray Reid as its new Technical Director. A four-time National Soccer Coaches Association of America “National Coach of the Year” honoree and legendary figure in Connecticut soccer over his career, Reid will oversee all aspects of the Athletic’s First Team including personnel decisions, selection of coaches and technical staff, player identification and scouting, as well as oversight of the Hartford Athletic academy.

“Over the past few months, I’ve really missed the locker room and the camaraderie of being part of a team. I’m honored and excited to join Hartford Athletic,” Reid said. “I’d like to thank Bruce Mandell, Coach [Harry] Watling and the entire organization for welcoming me to the club. I am humbled by the opportunity they’ve presented to me, to help grow the professional soccer team in the state I love. I would not have accepted this position if not for Bruce and Coach Watling’s flexibility and understanding of my needs to be able to assist my parents at times with anything that may arise from their aging issues.

“I’ve been very fortunate to work at two outstanding Universities in UConn and Southern Connecticut State University. They will always hold a special place in my heart. My goal now is to help Hartford Athletic be a team that the entire state of Connecticut gets behind.”

The 61-year-old Reid retired from UConn in December of 2021. Reid coached for 33 seasons, 25 of them with the Huskies, and amassed a career head coaching record of 457-149-78, recording the second-most coaching victories in NCAA Division I history. 312 of those wins came with the Huskies, as did eight regular season titles, four Big East Tournament championships, and a National Championship in 2000. He was inducted into the Connecticut Soccer Hall of Fame in 2003.

Before UConn, Reid led his alma mater Southern Connecticut State University to three national championships in eight years at the helm. During Reid’s tenure, UConn produced 41 MLS SuperDraft picks, including 14 first-round picks and three No. 1 overall picks under Reid’s tenure, including Jamaican National Team Goalkeeper Andre Blake and Canadian International Cyle Larin.
“Ray Reid is a Connecticut soccer icon and we are thrilled to be adding him as our Technical Director,” said Hartford Athletic Chairman Bruce Mandell. “He has a proven record of success both on and off the pitch and his experience will perfectly complement Coach Watling and the rest of our technical staff as well as provide unique opportunities for our organization as a whole.”

Reid has one of the broadest coaching trees in all of soccer. Presently, nine sitting Division I Head Coaches had previously coached under Reid, including eight former players. He is also a founding board member of the Clive Charles Initiative which is a platform designed and engineered to increase coaching opportunities at all levels for underrepresented and minority coaches within college soccer and the professional game.

“Ray is one of the most influential people in soccer in Connecticut and his experience and knowledge of the American soccer system are welcome additions to our organization,” said Hartford Athletic Head Coach Harry Watling. “I’m very pleased that he has decided to come on board and look forward to working with him.”