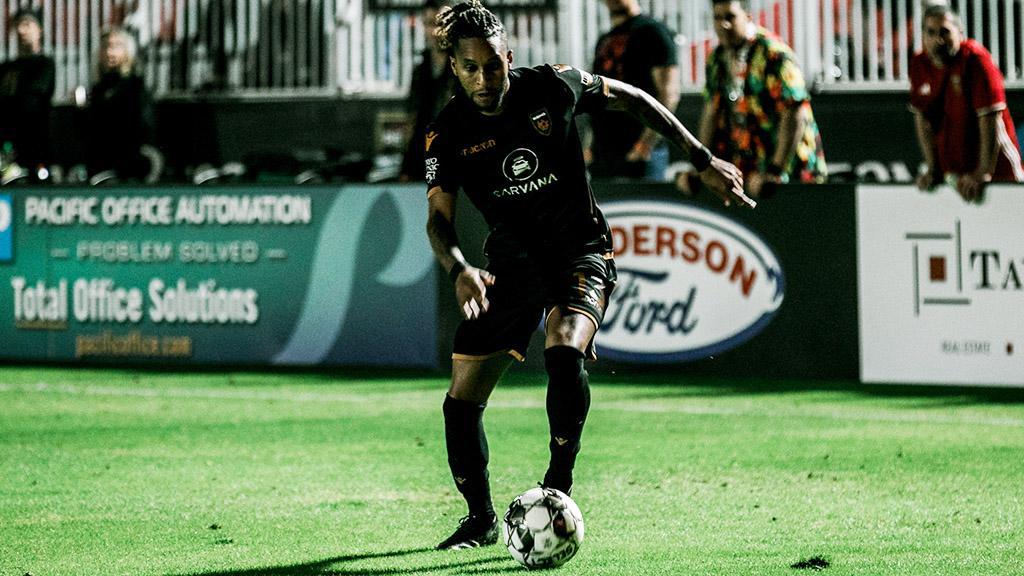 LOUISVILLE, Ky. – Louisville City FC announced on Friday it had signed defender Amadou Dia, who joins the club after spending the past two seasons in Major League Soccer with Sporting Kansas City. The signing is pending league and federation approval.

The 28-year-old full back has spent much of his career in Major League Soccer but is also familiar with the USL Championship and Louisville, having been on the opposing side against the two-time title winners in the 2018 USL Championship Final when with Phoenix Rising FC.

“Being able to bring in an experienced quality player in Amadou was important as we look to build the roster,” said Louisville Head Coach Danny Cruz. “Day in and day out, he understands what it takes to win. His ability to defend one on one as well as provide quality in the final third were two things that stood out to us when scouting him. We are excited to have him here in Louisville and know he will play an important role in building toward another trophy.”

A native of Nantes, France, Dia originally moved to the United States for his collegiate career at Clemson University, where he won an Atlantic Coast Conference title and qualified for two NCAA tournaments. Sporting KC selected Dia 20th overall in the 2015 SuperDraft, and he also went on to play for MLS’ Montreal Impact before three years in Phoenix.

Dia was part of three Rising FC playoff teams, including the 2018 squad that won a Western Conference title. The left-sided player went all 90 minutes against LouCity in that year's final — a 1-0 game decided on Luke Spencer’s 62nd-minute game winner at the University of Louisville’s Lynn Stadium.

“The emphasis is on winning a championships,” Dia said of joining LouCity. “I remember coming over with Phoenix and losing in the final. That’s in the past. What I’ve heard and seen watching, Louisville is a really professional organization, and I’m excited to try to win some trophies.”

Dia went on to be named Phoenix’s Defender of the Year in both 2018 and 2019. The latter season, Rising FC set an all-time American professional soccer record with 20 consecutive league wins from May 10 to Sept. 14. Dia started in 18 of those victories and has made 98 regular-season appearances in the Championship, recording four goals and nine assists over the course of his career.

“I didn’t get to play much last season, so I’m trying to get back into a regular role in the middle of things,” Dia said. As soon as I get the ball, it’s all about going forward, attacking and seeing what I can produce. Defensively, it’s about locking it down on my side, making sure I don’t get beat one-on-one and stay connected with the rest of the back line.

“I look to be absolutely ruthless defensively and produce for our offense.”