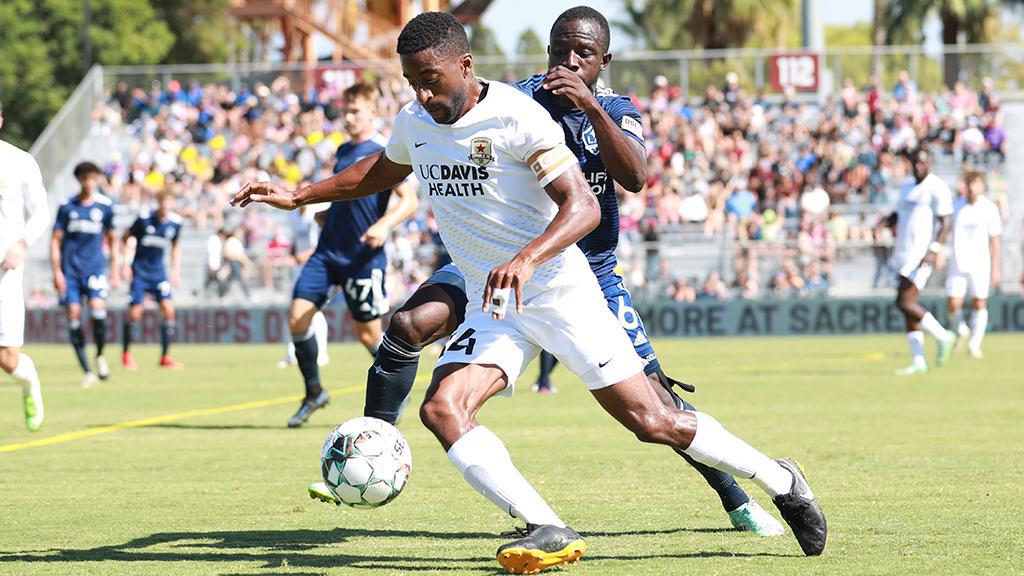 SACRAMENTO, Calif. – Sacramento Republic FC plays host to the LA Galaxy II at Heart Health Park on Wednesday night in serious need of victory to boost its playoff chances against a Galaxy II side that currently sits in the final playoff position in the USL Championship’s Pacific Division after a victory in its most recent outing. Kickoff is scheduled for 10:30 p.m. ET.

@SacRepublicFC (8-12-8, 32pts) suffered a 2-1 defeat to San Diego Loyal SC on Saturday night as it was unable to hold onto a halftime lead on the road at Torero Stadium. Dariusz Formella had put the visitors ahead in the first half with a fine individual goal, but a pair of finishes three minutes apart flipped the game in favor of the hosts as Republic FC was unable to respond. Sacramento now sits in seventh place in the Pacific Division, but only three points back of the Galaxy II as they arrive on Wednesday night in what is shaping up as a tight race to the finish. With only four games remaining to five for Los Dos, however, Sacramento needs a win to bridge that gap and hope its other rivals for the final postseason berth also falter down the stretch. Having lost three of its past four outings, there might be no tomorrow for Sacramento without three points on Wednesday.

The @LAGalaxyII (10-12-5, 35pts) moved back into the playoff places last Friday night as an early goal by Jorge Hernandez proved the difference in a 1-0 win against Las Vegas Lights FC at Cashman Field. Hernandez’s goal was his 11th of the season, putting him second to Preston Judd with 12 on the team and tied for 11th in the Championship overall. The 20-year-old has had a stellar season overall and leads the league with 72 key passes this campaign while notching five assists and has been emblematic of the side’s attacking talent with Los Dos having recorded 46 goals this season, tied for eighth in the league. The Galaxy II took a 2-0 victory when they last visited Sacramento on September 26 as goals by Jalen Neal and Cameron Dunbar proved the difference, and now have a winning record as a visitor to Heart Health Park in their history going 4-3-3 in 10 prior visits during the regular season.