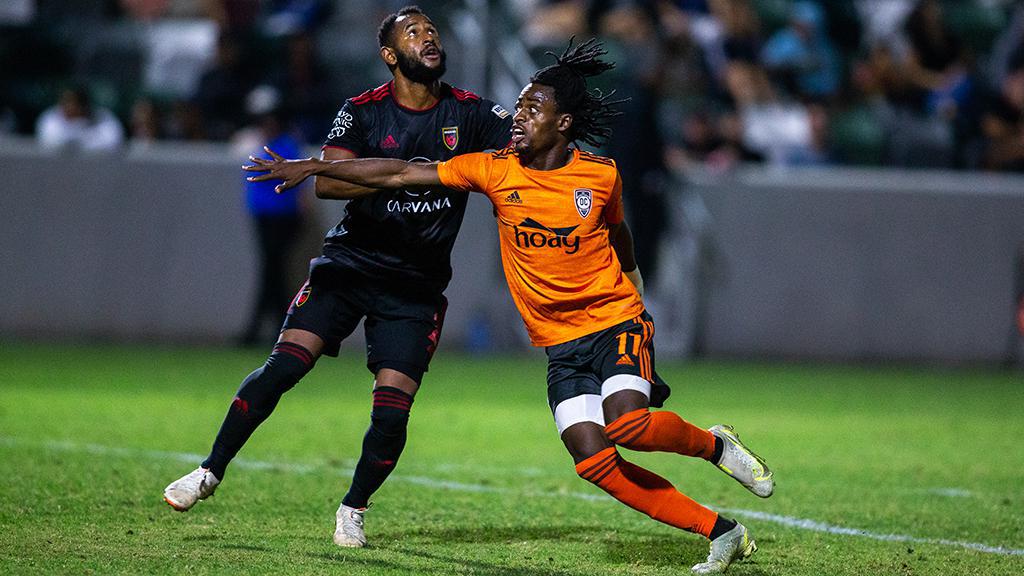 IRVINE, Calif. – Orange County SC will play host to Phoenix Rising FC on Wednesday night at Championship Soccer Stadium on Wednesday night look to get its playoff drive back on track after consecutive defeats in its past two outings as Rising FC enters looking to grab an advantage in the race for the best record in the league. Kickoff is scheduled for 10 p.m. ET.

@OrangeCountySC (10-10-7, 37pts) fell 4-1 to Tacoma Defiance on Saturday night in a game that saw the side unable to find a breakthrough in a positive first half and then conceded four times after the break at Cheney Stadium. OCSC remains in third place in the Pacific Division but is now only two points ahead of the fourth-placed LA Galaxy II and three points ahead of fifth-placed Oakland Roots SC with five games to go in the season. The side has been led this season by Haitian forward Ronaldo Damus, who has recorded 13 goals to sit eighth in the league’s scoring chart, but the side has been up and down in its recent outings in attack, scoring only four goals in its past four games. After being stifled at home when it hosts Phoenix on October 2, the hosts need a turnaround on Wednesday night.

@PHXRisingFC (19-4-5, 62pts) has already clinched the Pacific Division after their recent run of back-to-back victories but after a 1-0 victory against Oakland Roots SC on Saturday night the side is now in line to claim the best record in the Championship this season after the Tampa Bay Rowdies’ defeat on Sunday night at Pittsburgh Riverhounds SC. Rising FC holds a one-point edge on Tampa Bay with four games left for both sides, but any dropped points on Wednesday night could reopen the door for the Rowdies as they host the New York Red Bulls II on Friday night. Phoenix took victory against Oakland via the same combination that defeated Orange County on October 2 with Darren Mattocks providing the only goal and goalkeeper Andre Rawls notching a shutout. Rawls has now made nine saves in two shutouts in the past two games to move to six shutouts this season, and currently sports an undefeated record appearing for Phoenix this season at 15-0-3 overall.