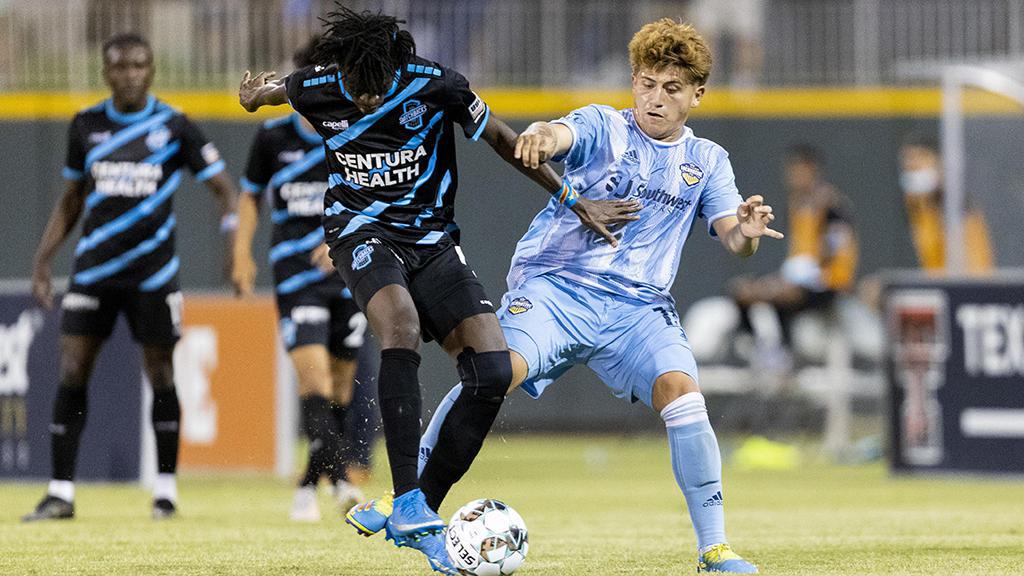 EL PASO, Texas – El Paso Locomotive FC plays host to Colorado Springs Switchbacks FC on Wednesday night at Southwest University Park for the opening game of two this week for both clubs as El Paso tries to close in on clinching the USL Championship’s Mountain Division crowd with a win against a Switchbacks side it has yet to defeat this campaign. Kickoff is scheduled for 9 p.m. ET.

@EPLocomotiveFC (15-2-10, 55pts) got a goal and assist from Josue Aaron Gomez on Saturday night as the side took a 2-1 victory on the road against FC Tulsa to clinch a place in the 2021 USL Championship Playoffs with five games to play. Gomez scored the opening goal and then provided a picture-perfect assist for Luis Solignac to add a second and his team-leading eighth of the season. Locomotive FC is now two victories away from clinching the division title as it tries to extend a home undefeated streak that currently sits at 22 games. The side itself is undefeated in its last eight games overall, but is seven points back of Phoenix Rising FC for the best record in the Championship while having played one game fewer due to its 10 draws this season. Three of those have come against the Switchbacks, including a 1-1 result when the sides last played on October 2nd as a late own goal by the visitors let points slip away, a result it will be looking to put right this time around.

@SwitchbacksFC (12-7-9, 45pts) heads to El Paso after a disappointing 0-0 draw on Friday night against last-placed Real Monarchs SLC in which the side didn’t show enough of the attacking punch that has been its trademark this season. The visitors recorded only three shots on target out of 12 shots overall as leading scorer Hadji Barry remained on 24 goals this season. The Guinean forward still sits one goal behind Cameron Lancaster’s single-season Championship record of 25 goals in a campaign from 2018 with four games to go in the campaign but did find the net the last time Colorado Springs visited El Paso on June 12 as he scored a second-half equalizer from the penalty spot at Southwest University Park. With a two-point gap to make up second-placed San Antonio FC in the standings, the Switchback will be hoping to spring a road upset and bring Locomotive FC’s two streaks to an end.