The evening started out emotional for all soccer fans, especially for the Bold. The anniversary of the passing of fallen teammate and friend, Promise Isaac, happened just days before the match. Hearts were heavy and minds were full of his memories.

To honor him, the Bold wore his number on their jersey and held an 11 second moment of silence before the National Anthem. In the south corner of the field, his number was painted on the pitch for display.

The match started out slow- not many shots on goal, strong defensive lines, and steady passing. The score stayed nil-nil until the 61st minute of the match. Owayne Gordon from the edge of the 18 ripped a beautiful shot to the back of the net to secure the lead.

After scoring, Gordon celebrated by dropping down to Promise's number on the field.  Gordon prayed over his number letting everyone know- that goal was for Promise. The fans could feel the emotional celebration by the players; truly portraying the #BoldFamilia motto.

The Bold held onto the victory in the final minutes of the match. After the game, the players joined together in celebration with photos and family.

Head coach Ryan Thompson gave a brief interview after the match. This is Thompson's 3rd win as head coach and is undefeated with a record of 3-1-0. 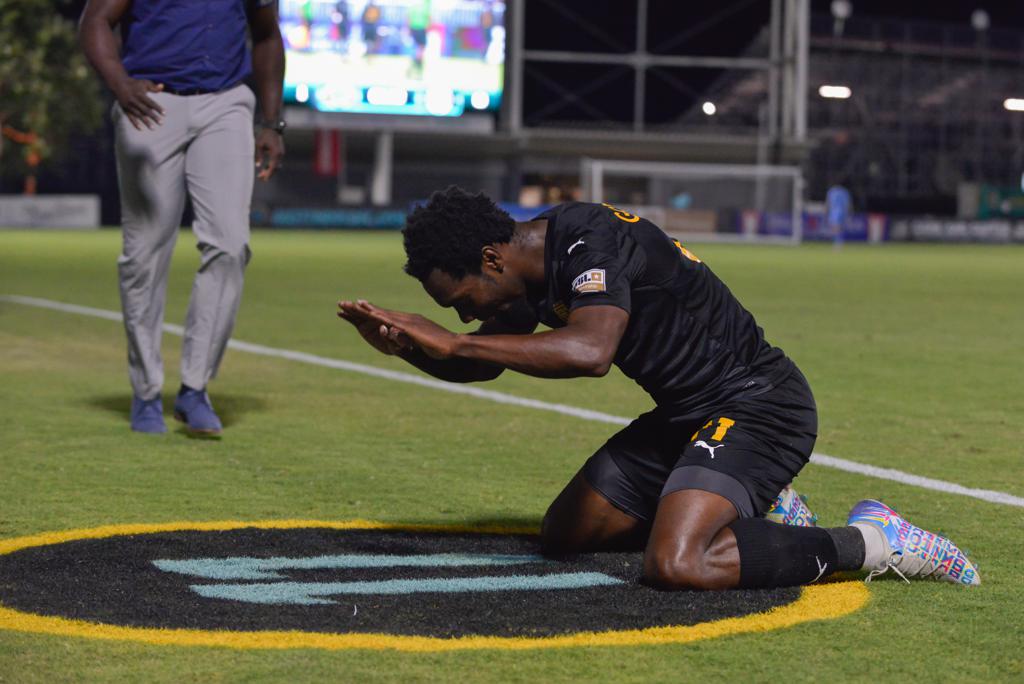