AUSTIN BOLD FC COMES OUT ON TOP AGAINST SAN ANTONIO

Austin Bold FC officially broke their 5 game win-less streak Tuesday night against San Antonio FC. The match was exceptionally emotional and exciting as it was Ryan Thompson's first appearance as Head Coach. He did not disappoint.

There was something different in the air last night; the fans, announcers, and players could all feel the shift of power and focus the Bold normally portray. It started in the initial lineup. Bold started the match with a 3-back to put all their efforts into to scoring... and it worked.

Collin Fernandez scored the first goal of the match in the 41'. A quick pass from Juan Pablo Torres from the top of the box to the corner of the 18 gave Fernandez the perfect angle to rip the shot.

San Antonio quickly tied the game only 1 minute after Fernandez's goal, making the match that more intense. The energy from both teams grew more and more as the match went on.

Finally, (3 minutes later) Fabien Garcia came flying from the back-line to finish a cross from Omar Gordon. There was nothing stopping Garcia, he knew he was going to score and that's exactly what he did.

After the match the fans, staff, and players all celebrated with Thompson on his first win as Head Coach. There were hugs, photos, and a gatorade shower to christen the win. 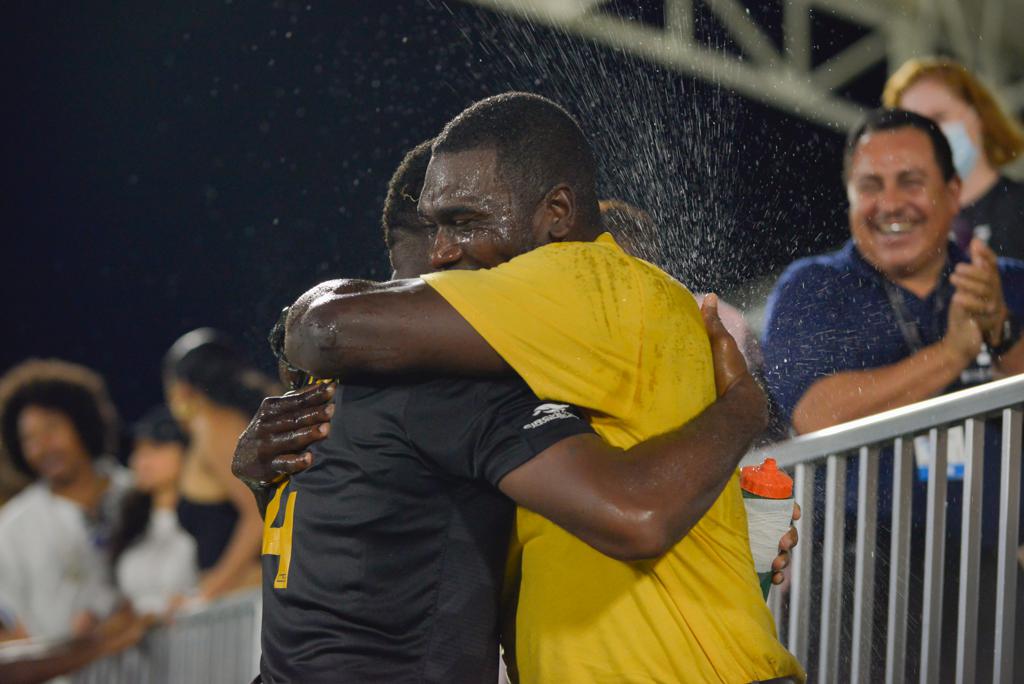