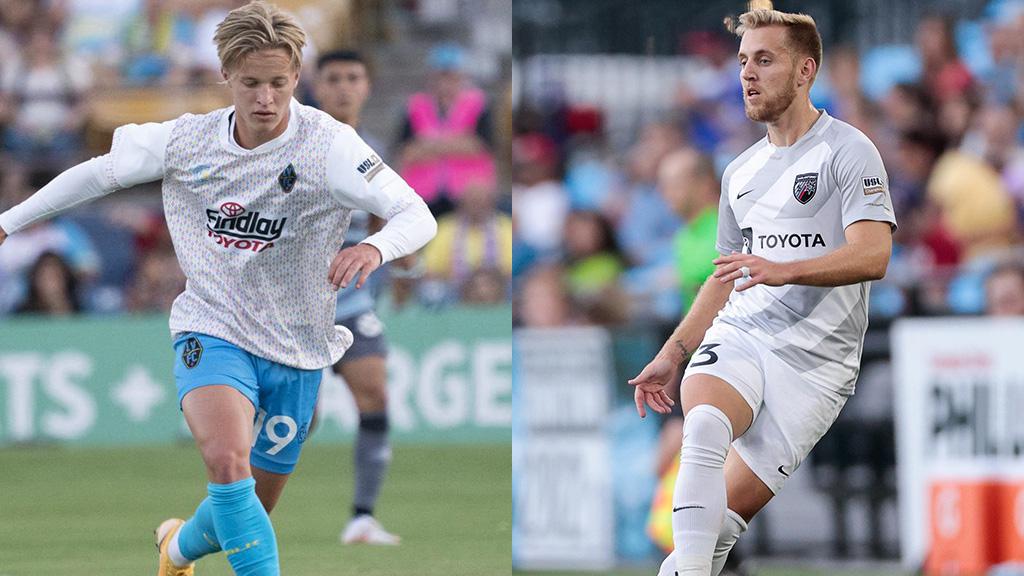 Las Vegas Lights FC's Bryce Duke will be looking to score in a second consecutive game on Friday night as his side welcomes Sam Gleadle and San Antonio FC to Cashman Field.

LAS VEGAS – Las Vegas Lights FC plays host to San Antonio FC on Friday night at Cashman Field with a chance to build on its first victory of the season, with the visitors arriving on a three-game undefeated streak after notching a late equalizer in its last outing. Kickoff is scheduled for 10:30 p.m. ET.

@LVLightsFC (1-4-0, 3pts) handed the Tacoma Defiance their first loss of the season last Saturday night as Cal Jennings and Bryce Duke each found the net in a 2-0 victory in the club’s home opener at Cashman Field. Lights FC’s progression in its first season under Head Coach Steve Cherundolo and in partnership with Los Angeles FC has been steady, and against the Defiance the hosts grabbed control of the game early before Jennings bagged his second goal of the season. The former Memphis 901 FC forward has been one of the dynamic players in the Championship this season, and currently sits with the highest combined Expected Goals + Expected Assists rates in the league at 4.53xG+xA according to American Soccer Analysis. Cherundolo, meanwhile, was honored on Wednesday as one of the newest members of the U.S. Soccer Hall of Fame as voters honored his legendary playing career that saw him make 87 appearances for the U.S. Men’s National Team and be selected for three World Cup Finals.

@SanAntonioFC (2-1-3, 9pts) grabbed a late point in its most recent outing last Saturday night as Justin Dhillon’s first goal for the club in the 88th minute secured a 1-1 draw on the road against Colorado Springs Switchbacks FC. San Antonio will be without fellow forward Santiago Patino on Saturday night as he begins a three-game suspension after being sent off for violent conduct against Colorado Springs, and the visitors will be on the hunt for their first away win of the season as it visits Cashman Field for the third time, having gone 1-1-0 in its previous two trips. SAFC has been a side that so far this season has done more with less, sitting 30th out of the league’s 31 teams averaging 41.1 percent possession per game while sitting eighth in the league in shots (82) and sixth in shots on target (31).