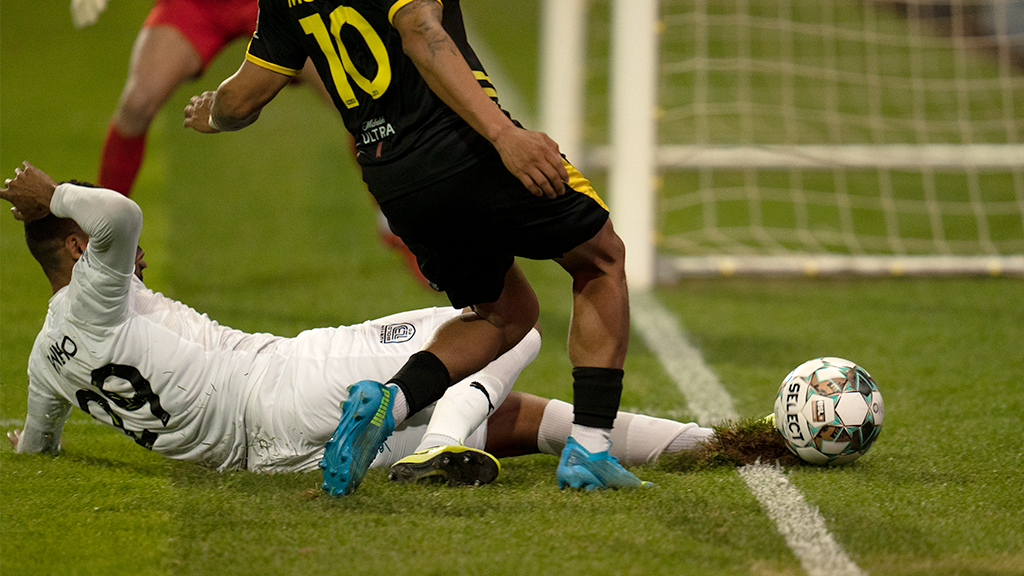 Austin, TX (May 15, 2021) Austin Bold FC fell to New Mexico United 3-1 at Isotopes Park in Albuquerque, NM, in their first match of the 2021 USL Championship season. New Mexico native Sergio Rivas got the home side into the lead with a well-placed header. The Bold leveled the game in the early seconds of the second-half when newcomer Nick Hinds perfectly placed a low shot into the bottom corner. Two quick goals within five minutes from Brian Brown and Amando Moreno gave New Mexico a 3-1 lead and all three points on the night. Next up, The Bold takes on Real Monarchs Friday night at 8:00 PM. Catch all the action on ESPN+.

The Bold applied pressure to the New Mexico United backline through JJ Johnson and Ugo Okoli and forced goalkeeper Alex Tambakis into action in the early minutes. Unfortunately, it was New Mexico that would find the back of the net first. An unmarked Rivas nodded in a Harry Swartz cross to make the scoreline 1-0 in the 18'. Juan Pablo Torres struck a long-range effort in the 29' but couldn't get past Tambakis.

Nick Hinds entered the match as a second-half substitute for Austin Bold and drew the match level 30 seconds into his debut in the 46'. After sustained possession in New Mexico's box, Juan Pablo Torres found Hinds. The Nashville SC loanee took a quick touch and buried his shot into the bottom right corner.

New Mexico struck twice in quick succession in the 61' and 65'. After a miscommunication in the Austin defense, Brown chipped in a left-footed shot to make it 2-1. Moreno headed in an Andrew Tinari early cross to end the night 3-1 in favor of the home side.

Austin Bold is back on the road next Friday as they take on Real Monarchs at 8:00 PM on ESPN+.

Austin Bold FC returns to Bold Stadium on May 26 at 8:00 PM to take on Real Monarchs. With single-game tickets starting at $15 and season ticket memberships starting at $190, every member of the Bold Familia has a way to cheer on their neighborhood soccer club.

“It feels good to get a goal and contribute to this club. I thank the coaching staff and my teammates for trusting me with my ability. The end result is obviously not what we wanted but we will bounce back. We look forward to the next game.”