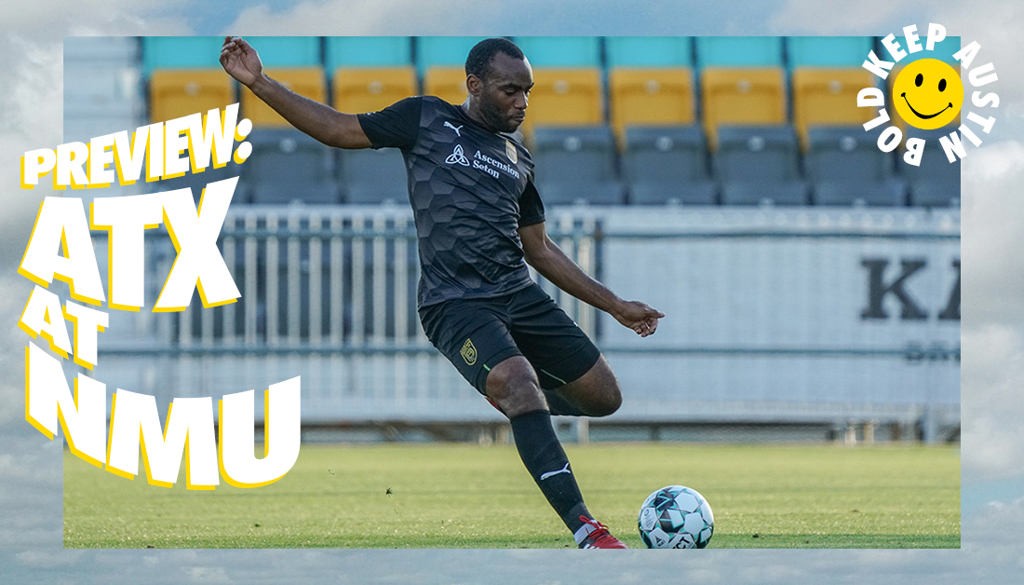 Austin, TX (Friday, May 14) After a very long offseason, The Bold Familia can finally watch their neighborhood soccer club take the field this Saturday on ESPN+. Austin Bold kicks off their 2021 USL Championship season against New Mexico United at Isotope Park. The last time these two clubs met was in 2019, when they battled to a 2-2 draw in Albuquerque. The Bold return to Bold Stadium on May 26th for $2 Beer Night. A limited number of tickets are still available; grab yours here.

The preseason for Austin Bold has been long. With plenty of new additions to the roster,  Head Coach Marcelo Serrano wouldn’t want it any other way.

“The big thing for us is the players are growing both physically, tactically, and in confidence each day. That’s what we see in these matches,” said Serrano.“We’re just looking to build on each performance.”

The Bold started their preseason against a pair of MLS sides in late March. A 2-0 loss to Houston Dynamo and a 3-0 loss against FC Dallas provided vital lessons early in the season’s preparations. Things looked up as the team bounced back with a 6-1 victory over local USL League Two club Round Rock SC. An undefeated run against three USL Championship opponents in a week helped set the stage for the packed regular-season schedule ahead. A 1-1 draw with RGVFC, a 1-0 win against OKC Energy, and a 1-1 draw with FC Tulsa; saw Marcelo’s training sessions bring positive results on the pitch. Two final warm-up matches against Houston FC and Round Rock SC primed the squads for Saturday’s clash.

After nearly missing a second consecutive playoff appearance in 2020, Serrano and the coaching staff went to work retooling the squad to mix fresh energy into the returning core. The Brazilian head coach continued his mission of creating a high-powered and fast-paced team.  The 2015 NASL MVP Stefano Pinho, 2016 USL MVP Sean Okoli,  and Jamaican international JJ Johnson add their firepower to an already exciting attacking side. It wasn’t only the offensive end that saw new faces. Emilio Ycaza strengthened the midfield after a successful season with Reno 1868 FC, and Collin Fernandez adds his versatility across the backline and flanks. These talented players instantly showed their class by netting goals throughout the preseason friendlies.

After an impressive preseason saw New Mexico United get victories against quality opponents, head coach Troy Lesesne and his squad will be disappointed with their early-season returns. With a 1-0 loss against Rio Grande Valley FC and a 1-1 draw against El Paso Locomotive by way of a stoppage-time equalizer, NMU enters Saturday’s match still searching for their first win of 2021. After losing key players in goalkeeper Cody Mizell and midfielder Chris Wehan this offseason, the Albuquerque side seems still to be going through some growing pains with these departures. One member of Lesesne’s squad that is continuing where he left off is captain Devon Sandoval. The New Mexico native bagged his first goal of the season after connecting with a Harry Swartz cross against El Paso Locomotive. The Bold backline will need to be on high alert to make sure Sandoval doesn’t add more to his tally.

Get to know New Mexico United by the numbers