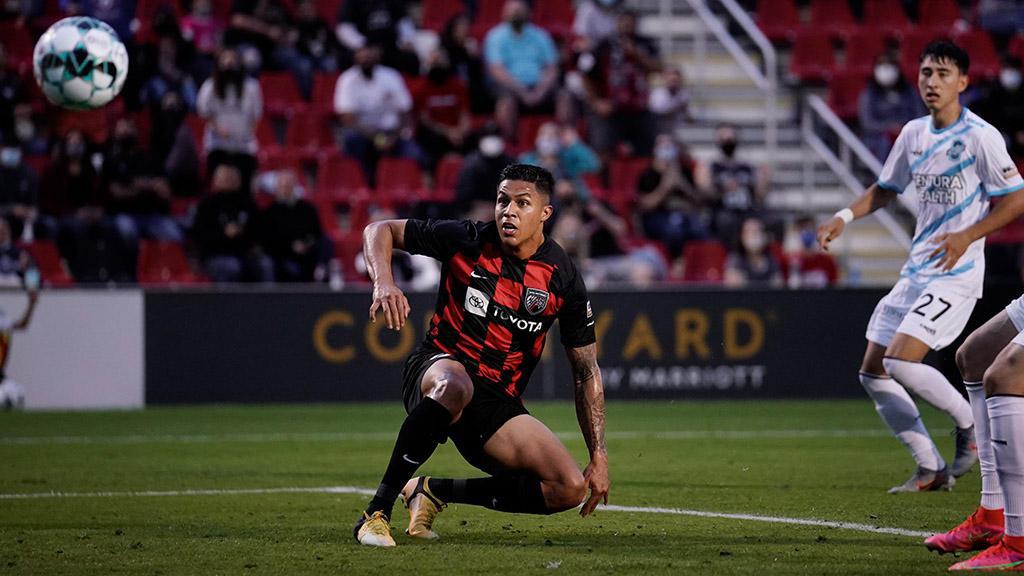 The first weekend of Western Conference action provided some scintillating action, with Phoenix Rising FC and San Antonio FC coming away with the pick of the performances. Here are five takeaways from the action.

There aren’t many better ways to introduce yourself than notching a hat trick in your first home game. That was true last year for Phoenix Rising FC’s Rufat Dadashov, and this past Saturday night San Antonio FC’s new arrival Santiago Patino accomplished the same feat, notching all three goals in SAFC’s 3-0 victory against Colorado Springs Switchbacks FC at Toyota Field.

“As a forward I always think about scoring goals,” said Patino after the game. “Any chance I get I want to put it away. After scoring two goals, in my mind I was thinking I was going to get one more, and I got it.”

Patino’s pedigree arriving at SAFC was impressive. The third overall selection in the 2019 MLS SuperDraft by Orlando City SC, the Colombian had been a prolific goalscorer at Florida International University. While things didn’t work out at Orlando, where he had also previously competed in the club’s academy program, his former Lions teammate Cam Lindley – another offseason arrival in San Antonio – was delighted for his strong start.

“I know how hard he’s worked and the work he has put in is starting to pay off,” said Lindley. “He would be the first one to tell you it’s nice to get three goals, but he needs to carry that confidence into the next weekend. We have really high hopes and really high ambitions at this club.”

The biggest thing any team can ask of its substitutes is to substantively change the direction of the game. With both Tucker Bone and Dariusz Formella playing a role in the decisive goal that sent Sacramento Republic FC to a season-opening 1-0 victory against the LA Galaxy II on Friday night, they certainly accomplished that. For Bone, a Sacramento native, notching a first goal on his debut for his hometown club was certainly a major positive.

“Your job is as a professional is to go out there and provide what your team needs, and I was fortunate to be able to do that tonight,” said Bone. “Thinking that it was from our hometown club, it makes me feel that much better. So, it's gonna be a fun weekend to look back on it, you know, celebrate that of the first three points of the season. But, I got to keep my head down, as well as the rest of the team, because we definitely have a lot to improve on.”

The game film from Friday night is one that Republic FC likely won’t linger on for long – “It wasn't a very good performance,” said Head Coach Mark Briggs. “We all know that.” – but securing the club’s seventh victory in 10 all-time regular season trips to Dignity Health Sports  was what mattered most. Now Republic FC gets a weekend off to work on ironing out the wrinkles before its home opener against Las Vegas Lights FC on Wednesday, May 12. 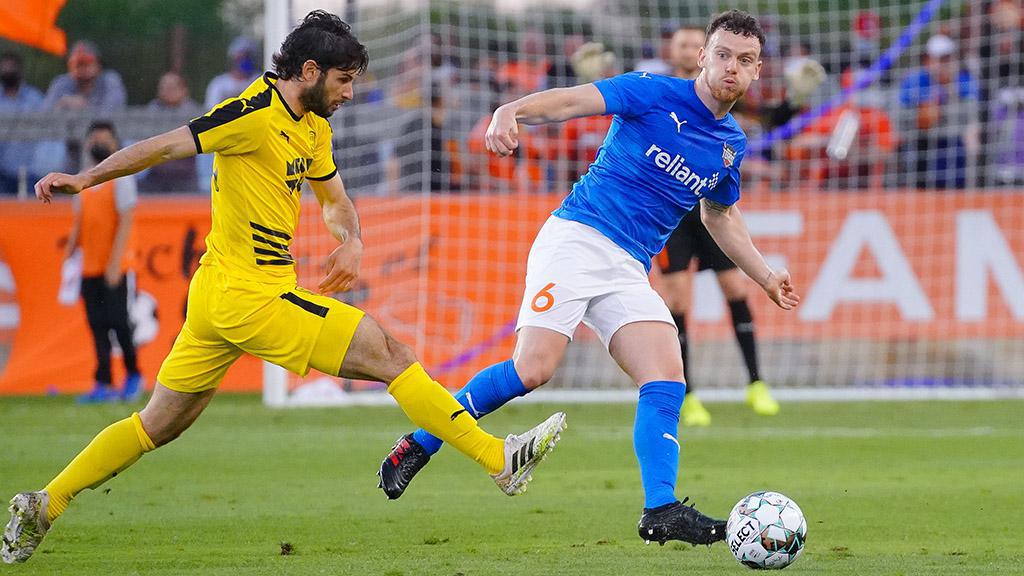 There’s always a line to be toed when it comes to how much a team can assert itself physically on a contest, but the new-look Rio Grande Valley FC set out their stall well in a hard-fought 1-0 victory against New Mexico United. With a more experienced lineup this season, the edge the Toros brought without going too far was a good sign for returning defender Carter Manley.

“It’s definitely a balanced because you don’t want to get sent off but at the same time if you don’t come in hard enough, you are just going to be walked all over,” said Manley. “I think the biggest thing is being smart and being professional, not doing anything dirty, just going for the ball and being aggressive with that but knowing that you aren’t crossing the line or anything. Just go to be physical.”

Picking up their first season-opening victory in club history was a solid early statement for the Toros as they enter their new era. Their contest on Thursday night against San Diego Loyal SC should tell us more about where Head Coach Wilmer Cabrera’s side might be headed this season.

Speaking of San Diego Loyal SC, the visitors seemed to get caught up in the bright lights of opening night, suffering a 4-1 defeat to Phoenix Rising FC at Wild Horse Pass on Friday that could have been more lopsided if not for a stellar display by goalkeeper Trey Muse, who recorded eight saves.

“I don't think there's anything to be happy about. It was pretty disappointing,” said SD Loyal Head Coach Landon Donovan. “Phoenix is a very good team and certainly deserve to win but just on how we played. That's my responsibility. I have to make sure that our guys are ready to play. And I didn't do that.”

The most notable aspect of San Diego’s performance was the seeming lack of cohesiveness and alertness among the side’s back four. Two of Phoenix’s goals came off rebound chances that saw Phoenix players react first to opportunities, but maybe the most telling goal was the third by Phoenix’s Aodhan Quinn that saw no-one track the midfielder’s looping round past Santi Moar as the winger cut in from the left. With the defense scrambling after a turnover, the miscommunication was clear, and is something SD Loyal will need to fix in a hurry.

For a second consecutive season, New Mexico United’s opening-game trip to Texas prove unfruitful as the visitors suffered a 1-0 defeat to Rio Grande Valley FC, but what might have been most surprising was the lack of cutting edge the side showed after an impressive preseason that saw the club’s new attacking pieces appear to fit together well.

Instead, against a solid Toros defense, New Mexico was unable to find serious penetration. Only two of the side’s six key passes arrived inside the penalty area, and one of those was a long, angled ball from near the halfway line by Austin Yearwood that Harry Swartz headed tamely wide from 15 yards out. There will be better to come from New Mexico as the season moves forward – just look at how they responded after falling to Austin Bold FC last season – but Saturday’s visit to El Paso Locomotive FC just got that little bit more important.