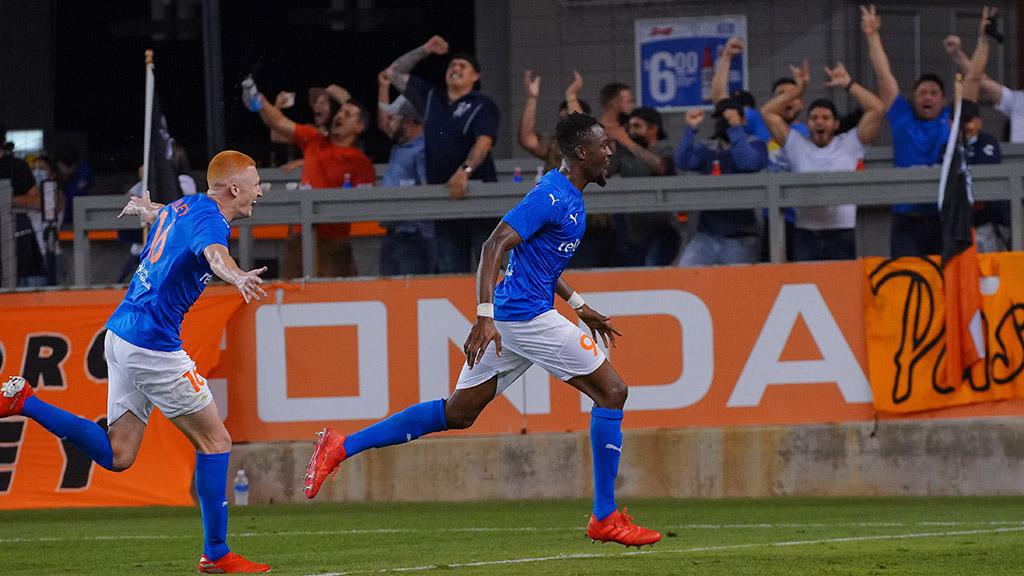 EDINBURG, Texas – If you believe in omens, the opening game of a new era for Rio Grande Valley FC on Saturday night provided a very good one indeed.

For the first time in the club’s six-season history, it came away with all three points.

A debut goal by Elvis Amoh proved the difference as a hearty while socially distanced crowd saw the Toros take a 1-0 victory against New Mexico United at H-E-B Park, giving the club the ideal start to its new-found independence and the local fans on hand something to cheer.

“The atmosphere was excellent,” said Head Coach Wilmer Cabrera. “The crowd, the people and we are really excited because we felt the fans supporting us, excited about the team so we wanted to offer the three points as a win and a good game.

“We faced a very tough and talented team that has been doing really well throughout the seasons that they’ve been playing in the USL. We knew it was a tough game, but we tried to put what we have done and worked throughout the three weeks, four weeks that we’ve been working together.”

As with all teams, the offseason has been a long one for the Toros. That’s been an opportunity the club has looked to exploit, however, as President Ron Patel sought to reintroduce the club to the four counties that make up its home. From the announcement RGVFC was going to take technical control of on-field matters from the Houston Dynamo – while retaining the partnership between the clubs – to the return of Cabrera – who led the Toros to the USL Championship Playoffs in their inaugural season in 2016 before serving as Head Coach for both the Dynamo and Club de Foot Montreal – the extended break gave Patel and his staff space and time to create.

The club’s final rallying call on Friday night – a two minute, five second video bringing the spirit of the Valley to life – provided the final spark before the curtain raised.

While the passion for the Toros in the stands will continue to grow, the spark on the field is still somewhat of a work in progress. But the side Cabrera sent out on Saturday night to face last year’s Western Conference Semifinalists was an experienced group that knew how to pull together to get a result. The contest was physical, the two sides combined for 33 fouls, but the Toros’ second-half display paid the dividend they were looking for. Amoh’s goal came with a slice of good fortune – his angled shot took a wicked deflection off a defender that left New Mexico goalkeeper Alex Tambakis stranded as it sailed over his head and into the left corner of the net – but it proved a reward for RGVFC’s persistence that saw the side notch 10 of its 12 shots after the halftime break.

“I don’t think the performance is the best performance of us, individually and collectively,” said Cabrera. “But I hope that some glimpses of good games, good movements, the people, the fans will feel that this team is going to get better and better every game.” 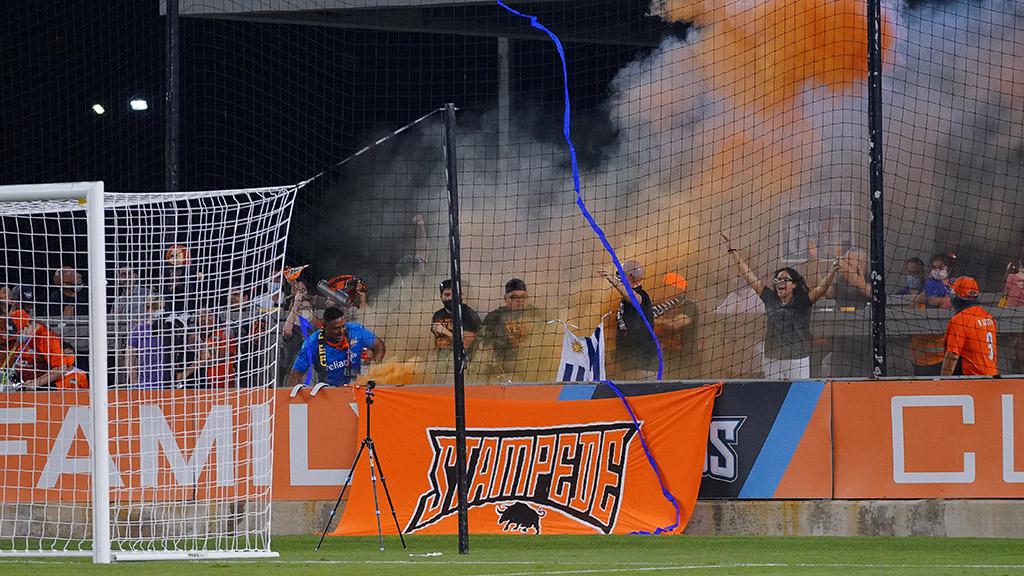 That ability to dig in on the field, though, might have been the biggest change from recent years to Toros 2.0. It certainly felt that way to defender Carter Manley, one of the few returnees to the side from last season.

“The biggest difference is that we are definitely more experienced, and I think you saw that,” he said. “I think we minimized the chances they had, there was no silly mistakes, no errors. We were very solid, and we were able to put one away and hold on to the lead and not let that slip away.”

There will be more challenges to come, starting next Thursday night as San Diego Loyal SC visits along with the national television spotlight of ESPN Deportes, but on Night 1 the omens appeared good for the Toros’ future success.