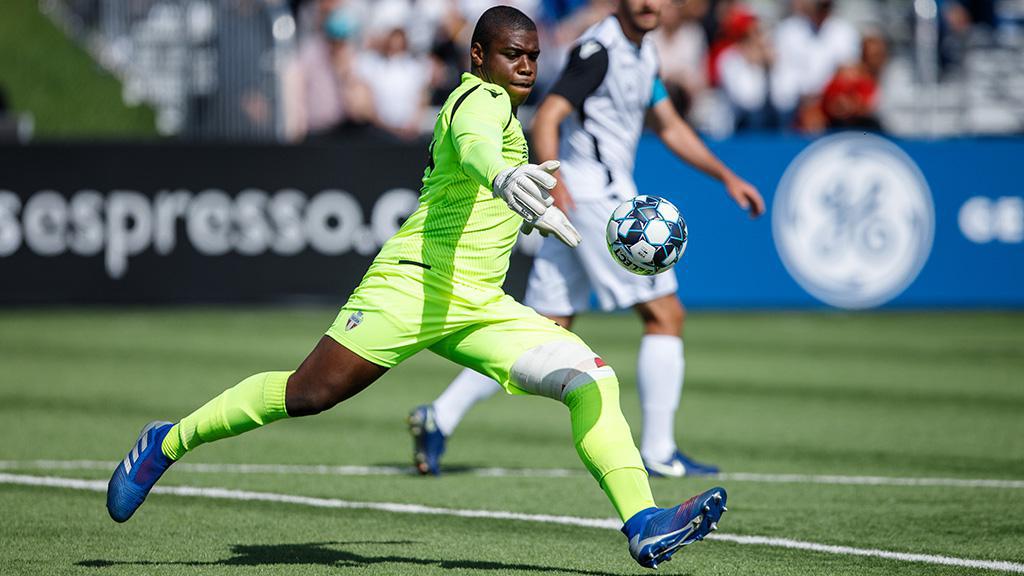 Goalkeeper Philip Ejimadu is among the new arrivals for Las Vegas Lights FC as it announced nine signings for the 2021 Championship season on Monday. | Photo courtesy Toronto FC II

Ejimadu joins Las Vegas after spending the 2020 Championship season on loan with San Diego Loyal SC from Major League Soccer’s Los Angeles FC. The 21-year-old native of Minneapolis had previously spent a season on loan with FC Tucson in League One in 2019, where he made 12 appearances and claimed the League One Fans’ Choice Save of the Year award. Ejimadu was selected to a U.S. Under-20 Youth National Team training camp in 2018, and he is also eligible to represent Brazil (his father’s home country), Nigeria (his mother’s home country) at the full international level.

Crisostomo most recently competed in the Championship for Orange County SC, where he made 43 appearances across the regular season and playoffs and logged 2,285 minutes of action. Prior to the start of his professional career, the 24-year-old California native competed collegiately for UC-Irvine where he earned multiple honors, including Big West Midfielder of the Year and All-Big West First Team in his senior season.

Daroma most recently competed collegiately at Cal State University – San Bernadino, where in 2019 he was named to the United Soccer Coaches All-America First Team after recording four goals and five assists. Daroma – a native of Sierra Leone who will forgo his remaining eligibility to join the professional ranks – was also named to the All-CCAA First Team and the conference’s Freshman of the Year in his lone collegiate season.

Iloski was previously selected by Vancouver Whitecaps FC in the 2021 Major League Soccer SuperDraft, after a successful collegiate career at UCLA. Iloski made 55 appearances for the Bruins, including 49 starts, and registered three goals and eight assists for the program. The 23-year-old follows his elder brothers into the professional soccer ranks, with Brian currently competing in the Championship for Orange County SC and Milan in Major League Soccer for Real Salt Lake.

Molina joins Las Vegas after spending one season at UC Irvine, where he recorded three goals and three assists in 19 appearances for the Anteaters. A native of El Salvador, Molina was named to the Big West All-Freshman Team in 2019.

Turnbull joins Lights FC on loan from EFL League One side Portsmouth FC, for which he signed in March after a successful trial following his college career at the University of Notre Dame. Selected in the 2021 MLS SuperDraft by the Houston Dynamo before electing to sign overseas, the 6-foot-7 Illinois native becomes the tallest player in Lights FC history after making 26 appearances for Notre Dame, recording nine shutouts, 72 saves and a 1.05 goals-against average.

Yeboah also arrives on loan with Lights FC, from Ghanaian Premier League club Accra Great Olympics. The 19-year-old has made 16 prior appearances in the top flight, recording four goals in a little short of 1,000 minutes of action. This past February, he was a finalist for the NASCO Player of the Month Award

Uche begins his professional career with Lights FC after being selected in the Second Round of the 2021 MLS SuperDraft by Los Angeles FC. The Queens, New York native began his college career at Duke University before transferring to Ohio State University prior to his junior season. Cumulatively, he made 40 appearances at the NCAA Division I level before his senior season with the Buckeyes was cut short after four games due to injury.

Sepulveda also joins the professional ranks this spring, electing to turn professional after competing for the FC Golden State Academy in California. The 18-year-old is the youngest signing in Lights FC’s history, having made 18 appearances in the USSF Development Academy’s final season for Golden State.