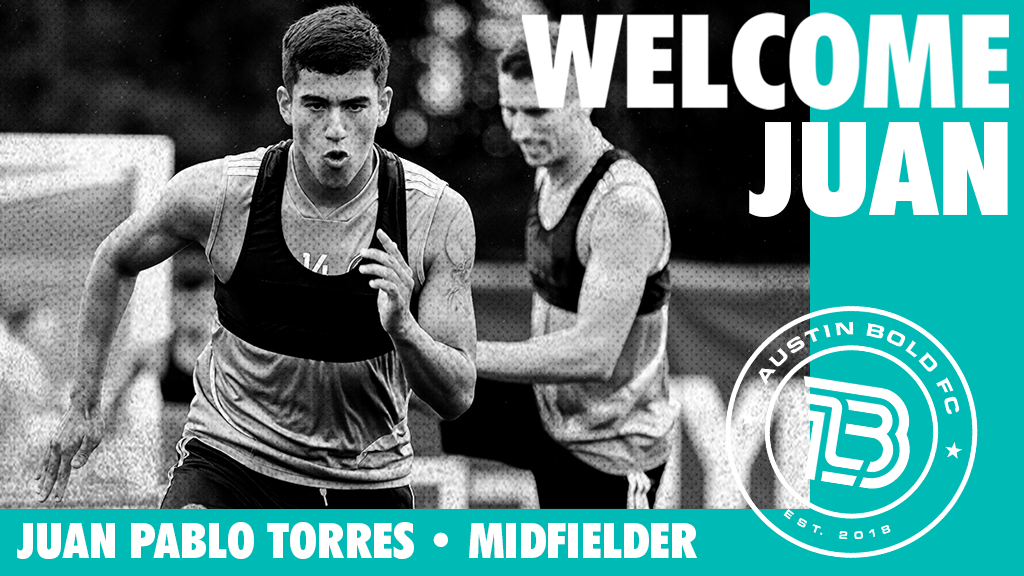 “Juan Pablo is a great young talent and we’re excited to have him with our organization this season. His time in the U.S. National Team and MLS have given him valuable experience and skill for us to utilize in the USL market,” said Austin Bold FC Head Coach Marcelo Serrano. “New York City FC is a great organization and we hope that Juan Pablo’s loan will be the beginning of a positive working relationship between our two clubs.”

Torres, 21, joined New York City FC before the 2019 MLS season and made three appearances over two seasons with the club. The Georgia native spent most of his youth career with Georgia United before making his professional debut with Belgian club Sporting Lokeren when he turned 18. Torres also trained with Sevilla of La Liga and Schalke 04 of the Bundesliga before signing with Sporting Lokeren.

The midfielder represented the United States Youth National Team at the U15, U16, U18, and U20 levels.

The 2021 USL Championship season will begin on or about May 1, with the teams split into four divisions, and will contain a 32-game slate running across 27 weeks through the end of October with playoffs scheduled for November. 2021 Season Ticket Membership deposits are now available to secure your spot at Bold Stadium! Visit www.AustinBoldFC.com to learn more.