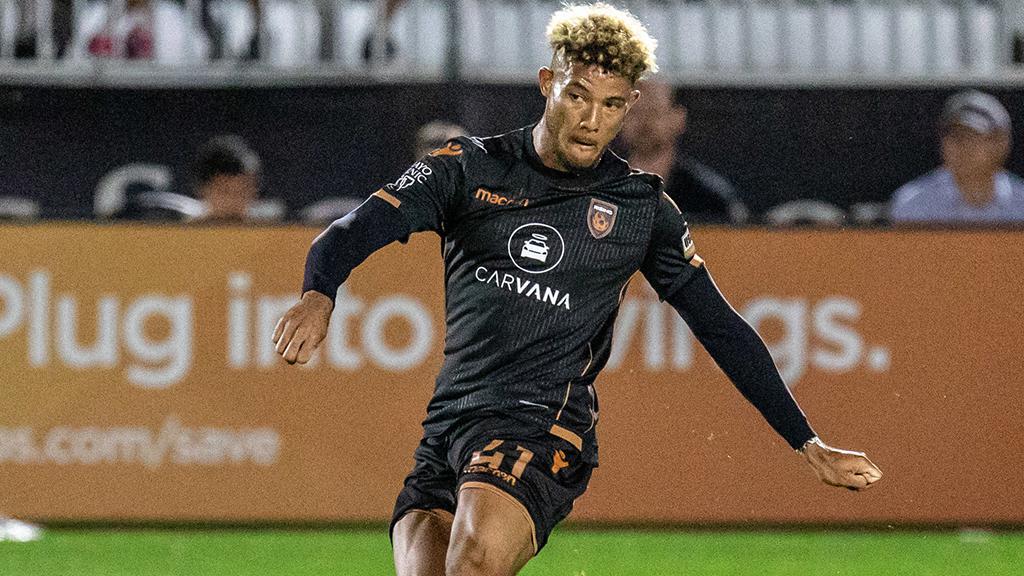 Defender James Musa made 54 appearances for Phoenix Rising FC across the 2018 and 2019 USL Championship seasons, and now returns for his second stint at the club this year. | Photo courtesy Phoenix Rising FC

PHOENIX – Phoenix Rising FC announced on Friday the return to the club of defender James Musa, pending league and federation approval. The New Zealander returns to Rising FC after spending the 2020 season with Major League Soccer’s Minnesota United FC, where he appeared in six matches in the shortened season.

“James is very good player,” said Rising FC Head Coach Rick Schantz. “He is a versatile and technically gifted player. He made a huge impact for us two years ago. I’m expecting him to do the same this season. His experience with Minnesota was very good. I know he’s ready to help us win more trophies.”

A familiar face to Rising fans, Musa spent the 2018 and 2019 seasons in Phoenix and made 20 starts as the club claimed the Championship’s Regular Season Title in the 2019 season. That squad also enjoyed a 20-match unbeaten run, the longest in American soccer history.

“I feel very lucky to be back with the squad,” said Musa. “Some of the guys on this team are my good mates in football. We played together for two years. We had an amazing two years. There is something different about this team. It feels like a family. Everyone is very close and able to get along together. That obviously helps us out on the field. We’ve got some trophies to win.”

During his two seasons with Rising FC, Musa made 54 appearances and accumulated almost 4,000 minutes, recording three assists and two goals. He also has three caps for the New Zealand Men’s National Team. Musa adds to the Kiwi contingent in Phoenix’s back line, joining fellow All Whites international Deklan Wynne, who signed with Rising FC on January 14.

Musa began his pro career with Wellington Phoenix in the Australian A-League. He signed with Fulham FC of the English Premier League in 2012 and spent time on loan with Hereford United FC. Musa also played for Saint Louis FC and Sporting Kansas City II in the USL Championship, and helped SKC II reach the 2017 USL Championship Final. He was briefly signed to Sporting Kansas City's First Team, making his MLS debut on August 12, 2017 against Seattle Sounders FC.