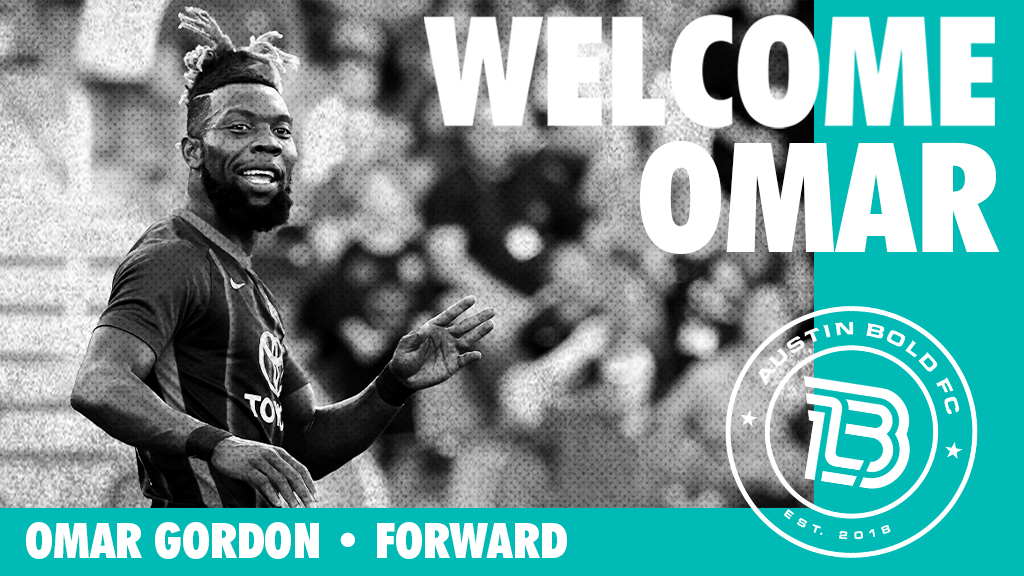 AUSTIN, TX (February 22, 2021) Austin Bold FC is excited to announce the signing of forward Omar Gordon to the 2021 USL Championship roster, pending league and federation approval. Per club policy, contract terms will not be released.

“Omar is a livewire. He brings a lot of life and personality to the pitch. He’s a very direct player. When he gets the ball, he has the ability to put defenders on their heels. He’s a gamechanger.” said Austin Bold FC head coach Marcelo Serrano. “Omar adds a lot to our program. If you reflect back on 2017 when Jamaica made a run to the CONCACAF Gold Cup final, he was an important player on a very talented team.”

Gordon, 29, spent the 2019 and 2020 USL Championship seasons with OKC Energy FC. The Jamaican forward tallied six goals and seven assists in 42 matches with the Oklahoma side. USL Championship recognized Gordon for his performances by nominating him for Goal of the Week and ranking him sixth amongst best league players from Caribbean countries.

“I signed with Austin Bold because of the happiness in the club when I talk to the players here,” said Gordon. “I love the energy of the players and fans.”

Gordon has received 18 caps with the Jamaican National team and scored his first international goal against Bonaire in the CONCACAF Nations League. The forward was also an essential member of the Reggae Boyz in their run to the 2017 Gold Cup final.

The 2021 USL Championship season will begin on or about May 1, with the teams split into four divisions, and will contain a 32-game slate running across 27 weeks through the end of October with playoffs scheduled for November. Visit www.AustinBoldFC.com for future information on tickets and matches.