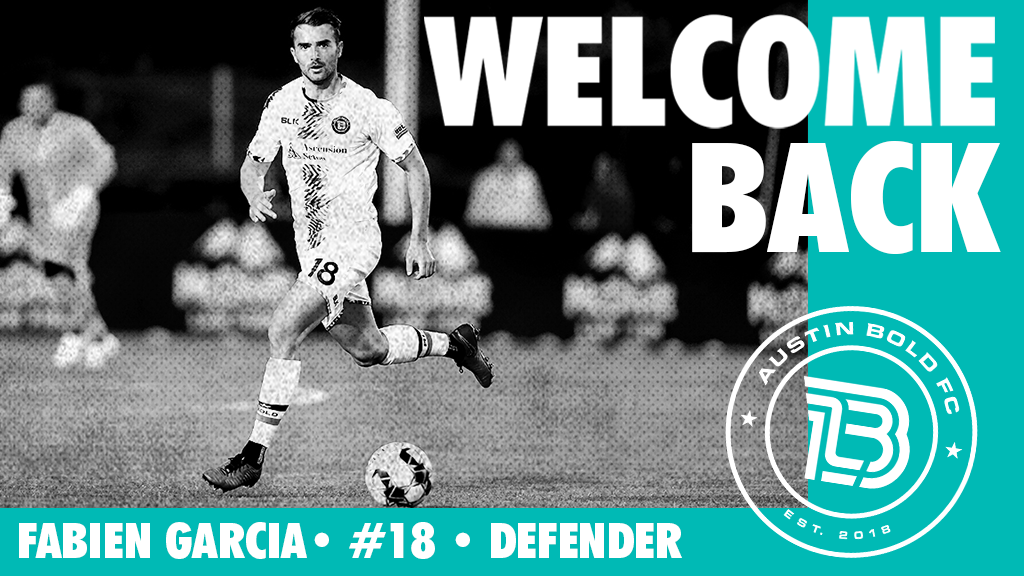 “Fabien’s professionalism is next to none. He’s always doing the right thing in the way he trains and how he takes care of his performance. He sets an example of what a professional should be,” said Austin Bold FC Head Coach Marcelo Serrano. “Last year, he was consistently one of our best players and we wanted to reward him by bringing him back. We’re looking forward to seeing him build upon what he achieved over the prior two seasons.”

Garcia, 26, became a member of Austin Bold FC during the inaugural 2019 season making eight appearances before his season ended early due to injury. The defender returned to Austin in 2020 healthy and instantly became vital in the team’s success. In 14 matches played, Garcia had 32 interceptions, two goals, and one assist.

“I’m really excited to be back with the Austin Bold family for a third season. As a team, we’ve set some big expectations for 2021 and the team is growing quickly,” said Garcia. “After our first two seasons, we’re more experienced at this level and ready to achieve some big things. I’m really happy in this city and this offseason break was important for my preparation. I’m going to try to make this team stronger.”

The 2021USL Championship season will begin on or about May 1, with the teams split into four divisions, and will contain a 32-game slate running across 27 weeks through the end of October with playoffs scheduled for November. Visit www.AustinBoldFC.com for future information on tickets and matches.