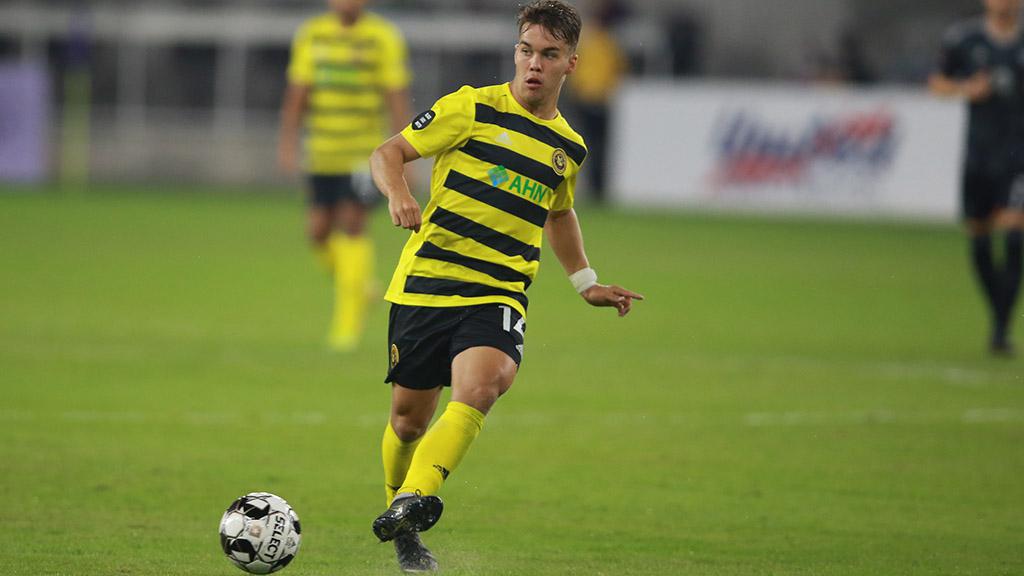 Mertz comes to Atlanta after spending two years with USL Championship club Pittsburgh Riverhounds SC. The Colorado Rapids selected the 24-year-old with the 76th overall pick in the 2019 MLS SuperDraft before he signed with Riverhounds SC.

“Robbie is coming off a fantastic 2020 campaign and we expect him to make an immediate impact for us this season,” said ATL UTD 2 Head Coach Stephen Glass. “He was among the top midfielders in the USL Championship last year and is a player that fits the club’s style of play. His versatility, work ethic and knowledge of the game made him a top priority for us this offseason and we are pleased to have him join us.”

The Pittsburgh native tallied 12 goals and eight assists in 48 appearances across all competitions during his two years with his hometown club. Mertz is coming off a strong 2020 season in which he scored five goals and added four assists in 16 appearances during the shortened season.

Mertz attended the University of Michigan where he played four years from 2015-18. With the Wolverines, Mertz totaled 76 games played, nine goals and 12 assists. During his junior and senior campaigns, he was named United Soccer Coaches All-North Region and All-Big Ten. In 2019, he was awarded the Big Ten Medal of Honor, an award presented for academic and athletic achievement.