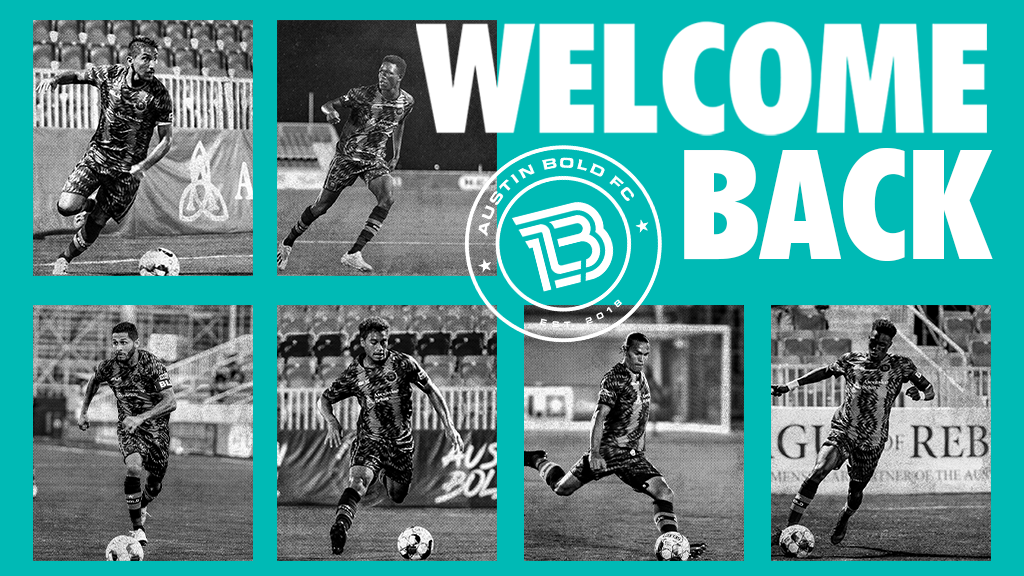 AUSTIN, TX (November 30, 2020) Austin Bold FC announced today initial roster moves ahead of the 2021 USL Championship season. All signings are pending league and federation approval. Per club policy, terms of individual contracts will not be released.

The Bold is excited to welcome back six players from the 2020 USL Championship roster. Last season’s club assists leader Xavi Baez returns for his third season along with Austin native Beto Avila, defenders Jorge Troncoso and Josue Soto. 2020 standouts Ates Diouf and Omar Ciss will also return for the 2021 season.

“2020 was a tough year and we fell just short of our goals, but we had plenty of great moments to build on,” said Austin Bold FC Head Coach Marcelo Serrano. “I’m excited to have these players back in our squad as we begin to build on the successes of last season and take steps towards being where we believe we belong, competing for the title.”

Austin Bold FC remains in discussions with other players from its 2020 squad that are not yet under contract for the 2021 season.