AUSTIN BOLD FC TO COMPETE IN SOUTH-CENTRAL DIVISION IN 2021 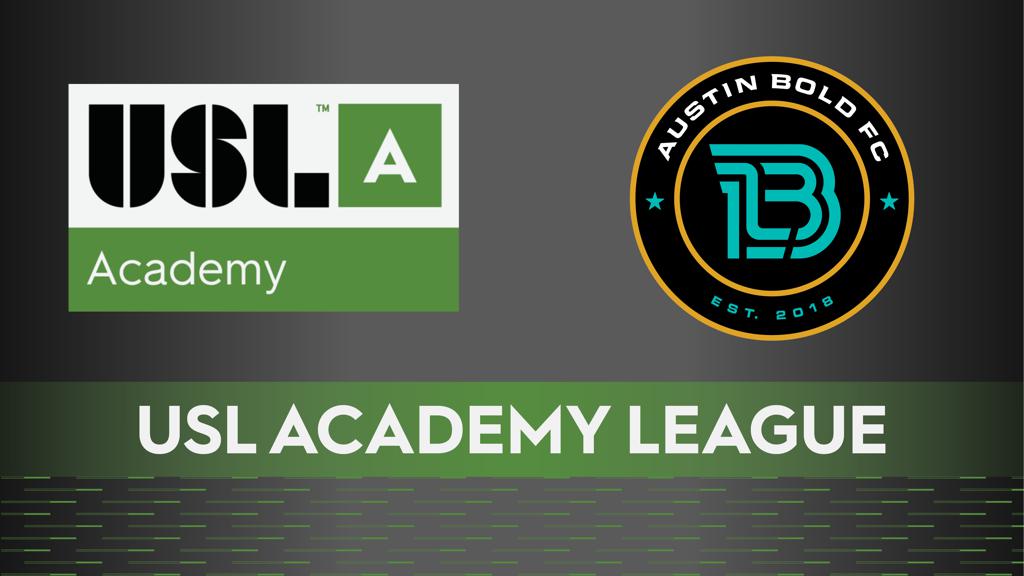 AUSTIN, TX (Thursday, October 29) The United Soccer League (USL) confirmed on Thursday the founding members of the USL Academy League’s South-Central Division. The inaugural season of Academy League play is due to kick off in spring 2021, and will provide clubs in all three of the USL's senior divisions with an elite youth development and competition platform.

“This is a very exciting time in Austin for those of us that love this beautiful game!  The USL and Bold Academy will provide even more opportunities for our local youth prospects and a more direct path to the pros,” said Austin Bold FC Academy Staff Member Lee Stooksberry. “The road to becoming a professional player is extremely difficult, but with the growth of the professional leagues here in the US, our promising youth prospects will have more options and opportunities.”

The inclusion of Austin BoldFC as a founding member of the USL Academy League furthers the organization’s commitment to giving young promising players in the Austin area an opportunity to advance their careers in a professional environment. Since their inaugural season, Austin Bold FC has signed seven local standouts to Academy contracts. Three (Julian Gaines, Beto Avila, and AJ Francois) made their professional debuts with the club.

The structure of the USL Academy League provides USL clubs a progressive model to develop local players for their Senior Team, at a lessened cost of traditional pre-professional academies. Doing so will also enable far more clubs and communities to participate, allowing for the regional division format which limits travel demand to teams and families.

The five clubs set to compete in the South-Central Division of the inaugural USL Academy League are as follows: