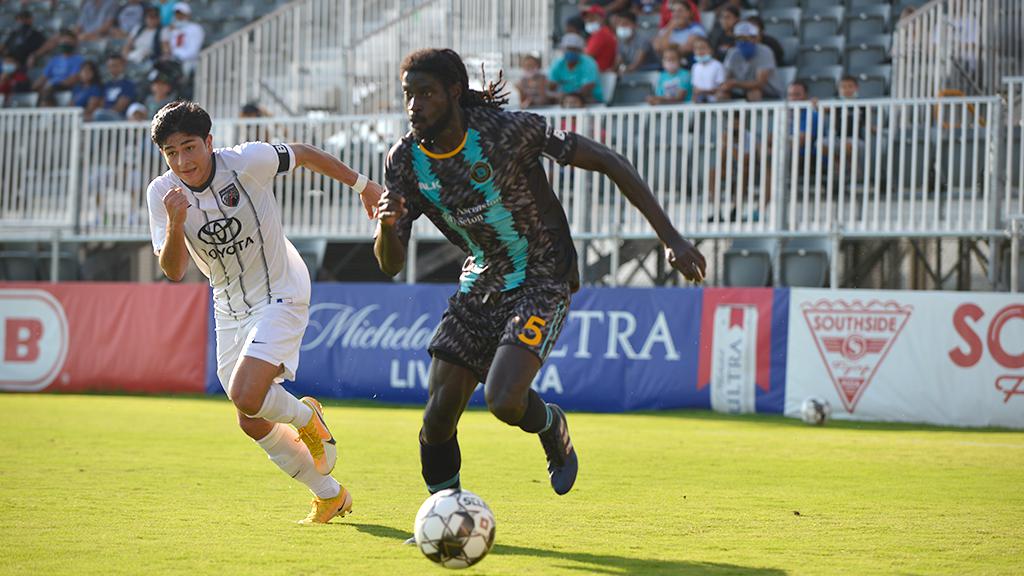 SAFC found the back of the net first at the midway point of the first half when Jordan Perruzza headed in a PC corner. The Bold struck back before the halftime whistle with a Billy Forbes goal, his seventh of the season. Ema Twumasi found the game-winner deep in the second half to end the year with a victory in front of a soldout (at 25% capacity) crowd of 1,250 Bold Familia members.

The visitors started the match strong, forcing Deigo Restrepo into a big save in the 9’. Gonzalo Di Renzo got on the end of PC corner with a powerful header that Restrepo reacted quickly to palm over the crossbar. Another PC corner in the 20’ gave SAFC initial lead. Perruzza’s powerful header from the difficult angle just got by Restrepo, who did well to get a hand to it but couldn’t keep out.

Forbes scored his seventh goal of the 2020 season in the 42’ to draw the match level for The Bold. Amobi Okugo fed Twumasi a ball with his back to goal. The FC Dallas loanee did well to hold off the San Antonio defense and laid it off to Forbes, who perfectly placed a left-footed shot to the bottom left corner to end the first half 1-1.

Twumasi turned from provider to goalscorer in the second half to give the home side the lead in the 77’. The SAFC defense intercepted a Twumasi pass to Ismaila Jome, but they struggled to clear the danger. Twumasi knicked the ball off the defender to smash in a right-footed shot past goalkeeper Matt Cardone. Austin Bold FC ended the season the same way as they started it, with a win in front of The Bold Familia.

Ema Twumasi on finishing the season with a win in front of a soldout crowd.

“It feels great to get a win to end the season in front of our crowd. Definitely a tough year for us but we just got to be ready for the following year and Bold is heading in the right direction.”

Billy Forbes on scoring in the season finale and scoring against the Group D leader.

“It feels great to score in the last game to end the season on a high note. For the team, it was a great win for us to finish the season strong. God blessed me with a goal and I’ll take it. It was great to score against San Antonio, one of the best teams in the league.”