EVERYTHING YOU NEED TO KNOW FOR SUNDAY'S MATCH 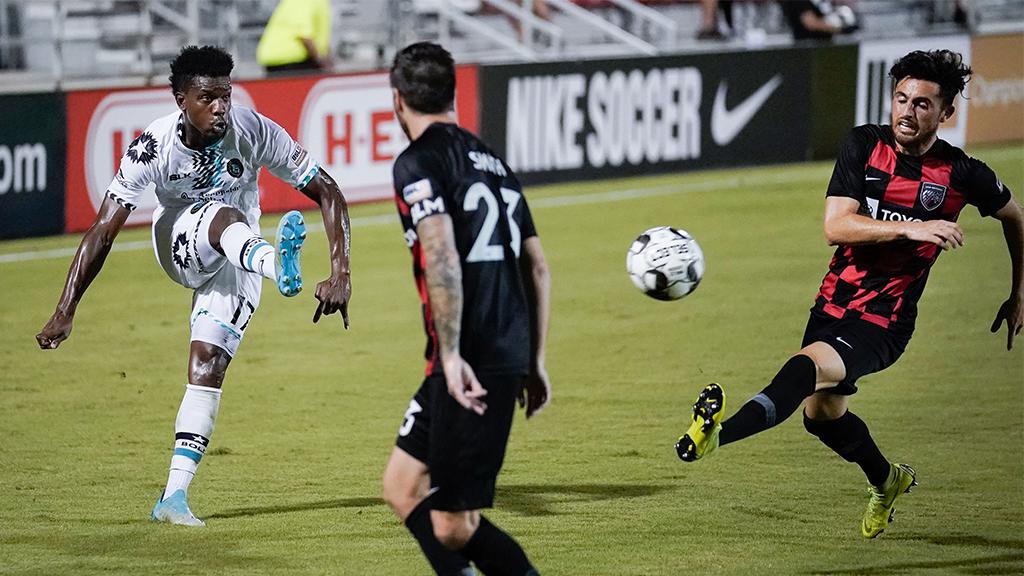 Austin, TX (Friday, October 2) Austin Bold FC finishes off the 2020 USL Championship regular season this Sunday against local rivals San Antonio FC at Bold Stadium. The entire Bold organization wants to thank every fan for their constant support through this challenging year by making our season finale all about you. This Sunday is Fan Appreciation Night. Come out to Bold Stadium for drink specials, free rides at COTALAND for children under 8, and 40% off all Austin Bold FC merch. Get your tickets here!

The rivalry between The Bold and San Antonio FC has completely flipped in the last 12 months. In 2019, Austin had SAFC' s number, claiming two wins out of their three meetings and lifting the Copa Tejas in the inaugural season. Unfortunately, this year has been a different story. The Bold has yet to get a win against their I-35 neighbors with two losses and a draw. There is one key difference this time around that can be vital in getting all three points. Marcelo Serrano's men will be playing in front of The Bold Familia. Since allowing fans back into Bold Stadium, Austin has yet to lose a match, and the team will look to keep that momentum going. Sunday night promises to be exciting as the prior meetings have produced a combined 13 goals. Midfielder Amobi Okugo put it simply after the last time SAFC came to Austin. "There is a lot of bad blood and we can't wait to play them again."

Eyes on the Playoffs

San Antonio FC has wrapped up Group D and already laid claim to the top spot. There focus is now solely on the playoffs. This doesn't mean SAFC has nothing to play for on Sunday night. Head Coach Alan Marcina is battling for the best record in USL Championship against Reno 1868 FC and Tampa Bay Rowdies. The club with the best record will host every match of the playoffs, including the USL Championship Final if they can reach it. Marcina spoke on his team's goals going into the weekend. "These last couple of weeks and heading into playoffs, there's two things we have been stressing to our players. We are stressing the will to compete, and the execution of details. [Finishing our chances] is one of the details that needs to be executed if we are to get a result against Austin and our first-round opponent in playoffs."

According to FiveThirtyEight's USL Championship Playoffs predictor, The Bold currently has a 3% chance of making the playoffs. As all mathematicians will tell you, 3% is better than 0%. For Austin to make the playoffs, FC Tulsa will need to get zero points in their next two matches against Colorado Spring Switchbacks FC and Rio Grande Valley FC. The Bold will also need a victory against San Antonio FC. There may not be a big chance, but there is still a chance. As The Bold has shown all season, you can never count them out.

Get to know San Antonio FC by the numbers