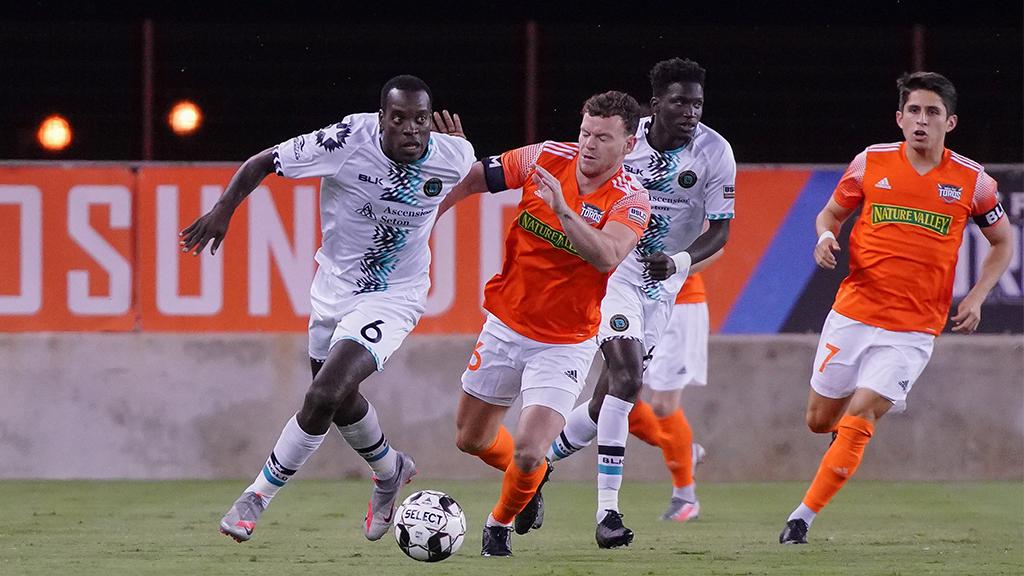 The home side broke the deadlock with a Kyle Edwards header late in the first half to give RGVFC the lead. They would double their advantage in stoppage time after Jonathan Jiminez was brought down in the box, and Juan Carlos Obregon converted the following penalty. Austin finishes their regular season at Bold Stadium against San Antonio FC this Sunday at 5:00 PM CT. Come out for Fan Appreciation Night for drink specials, free rides at COTALAND for children under 8, and 40% off all Austin Bold FC merch. Get your tickets now at AustinBoldFC.com/Tickets.

The Bold controlled large segments of the first half but struggled to create dangerous scoring chances. The best opportunity came from Ates Diouf in the 15’ who couldn’t squeeze his left-footed shot past goalkeeper Kyle Ihn. RGV forward Edwards put the Toros on the board after he nodded in a lofted ball from an Isidro Martinez freekick in the 41’.

Austin searched for an equalizer in the second half with Billy Forbes missing the mark in the 48’ and Aldo Quintanilla unable to put his header on target in the 83’. Deep into stoppage time, RGV was awarded a penalty when Jiminez was brought down in the box. Obregon stepped up to the spot converted with a right-foot shot to the top left corner.