EVERYTHING YOU NEED TO KNOW FOR TONIGHT'S MATCH 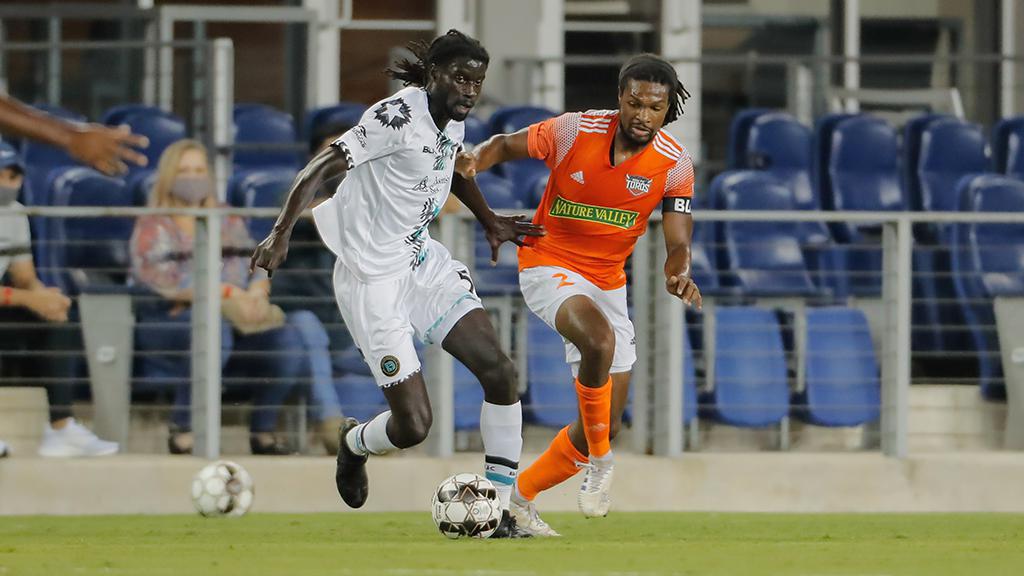 Austin, TX (Wednesday, September 30) Tonight's match against Rio Grande Valley FC at H-E-B Park is simple. It's a must-win. The Bold currently sits in the final playoff spot in Group D and is tied in points with FC Tulsa, who have a game in hand. There are only six available points left for Austin, and every single one is necessary. Head Coach Marcelo Serrano will want to pressure FC Tulsa by getting a victory in Edinburg, TX, and setting themselves up well for the final regular-season match on the weekend. Catch all of tonight's action ESPN+

Austin Bold FC is committed to growing soccer in Austin by giving promising youth players an opportunity to train in a professional experience right in their own backyards. Another local standout got the opportunity to take full advantage of that promise when AJ Francois took the field as a second-half substitute against Sporting Kansas City II. The Austin native replaced Beto Avila in the 83' to log the first professional minutes of his career. Francois joined The Bold in 2020 on an academy contract and has been impressing Serrano in training. Francois spoke on what he hopes to achieve with Austin Bold FC. "I'm extremely blessed and excited to join this wonderful club and be a part of the soccer history in my hometown," said Francois. "I hope to be an agent of positive change and influence within the squad and contribute to the team's title-winning ambitions. Dale Bold!"

First Game Back for RGV

The season has been difficult for Rio Grande Valley FC both on and off the field. Head Coach Gerson Echeverry has struggled to get results for his team in 2020, with the Toros failing to register a win. The talent is in the squad with the likes of Luka Prpa and Deshane Beckford, but the final ingredient to take their performances to the next level has just failed to materialize. Sometimes things like wins and losses feel less important, especially in the wake of a global pandemic. The RGVFC organization has struggled with covered persons testing positive for COVID-19 throughout the season, causing several match postponements. Their last match was a 3-2 loss on September 5 against San Antonio FC. The entire Bold organization is happy RGVFC have pulled through this difficult time and wish them nothing but health and safety for the remainder of their matches.

Clean sheets have been challenging to maintain for The Bold in 2020, but it seems as if the defense has finally clicked at the exact right time. Austin conceded zero goals over the last two matches and achieved that with two different keepers. Newcomer Vinny Tasca's performance in a 4-0 win against Sporting Kansas City II was a great introduction to The Bold Familia, and Diego Restrepo showed once again his immense talent against OKC Energy FC. Serrano believes it's all about confidence and effort. "I think the guys did a great job in their effort. They were confident in their play. Two things we need as we fight for the playoffs. Even with all the problems that we had with this season,  think the players are doing a very good job coming together and playing as a unit."

Get to know Rio Grande Valley FC by the numbers