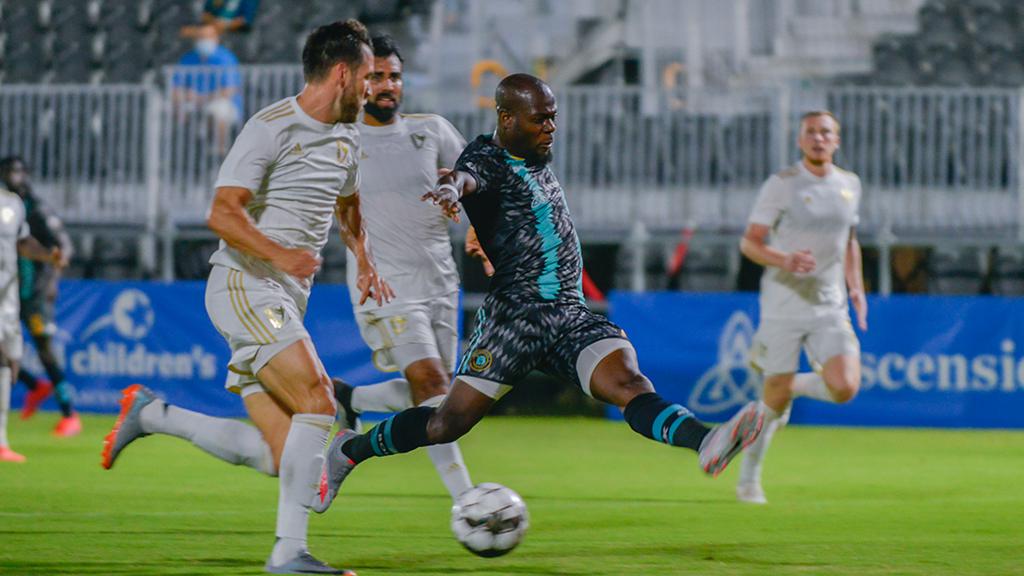 Austin, TX (Wednesday, September 9) Austin Bold FC battled back from a two-goal deficit to draw FC Tulsa 2-2 on Tuesday night at Bold Stadium. This was the third and final meeting between the two clubs, which all ended in draws. Tuesday's result keeps The Bold in the final playoffs spot for Group D.

Dario Suarez's first-half brace gave the visitors the lead. Sonny Guadarrama halved the scoreline by converting the ensuing penalty from a Tulsa handball in the penalty area. Fabien Garcia got the second for The Bold early in the second half. Austin peppered shots at Tulsa goalkeeper Sean Lewis, but couldn't find a winner.

On Tuesday night, Suarez scored his third and fourth goal against Austin this season. In the 17', a looping through ball from Rodrigo da Costa split The Bold defense and found Suarez in space. The Cuban forward was able to slot home a right-footed shot to the center of the box.

Suarez's second came in the 37'. Diego Restrepo saved an outside the box Ariel Martinez strike. The loose ball landed to Suarez, who tucked away his second of the night.

Guadarrama gave the home side hope heading into halftime. Referee Melvin Reves awarded The Bold a penalty for a handball on Bradley Bourgeois inside the penalty area. Guadarrama stepped up to the spot and cooly buried a right-footed shot passed Lewis.

Austin found their equalizer in the 52' through Garcia. Ates Diouf flicked on a Xavi Baez corner to Ismaila Jome. The right-back sent it back towards goal, and Jermaine Taylor connected with a powerful header. Tulsa goalkeeper Lewis parried the attempt away, giving Garcia time to pounce on the loose ball and smash home his second of the season. The Bold created multiple scoring chances as they searched for a winner, but ended the night with a point.

Sonny Guadarrama on coming back from injury and playing in front of fans,

“It feels great to be on the field and help the team with scoring. We missed having the fans and it definitely helped. As a team, we created a lot of chances and the goals will come soon and we’ll  finish the season in our best form!”

Fabien Garcia on scoring his second goal of the season and upcoming games.

“I’m really happy to help the team. We have five games now and it’s time to get some points away. The staff and players give me confidence. I just try to give it back on the field.”