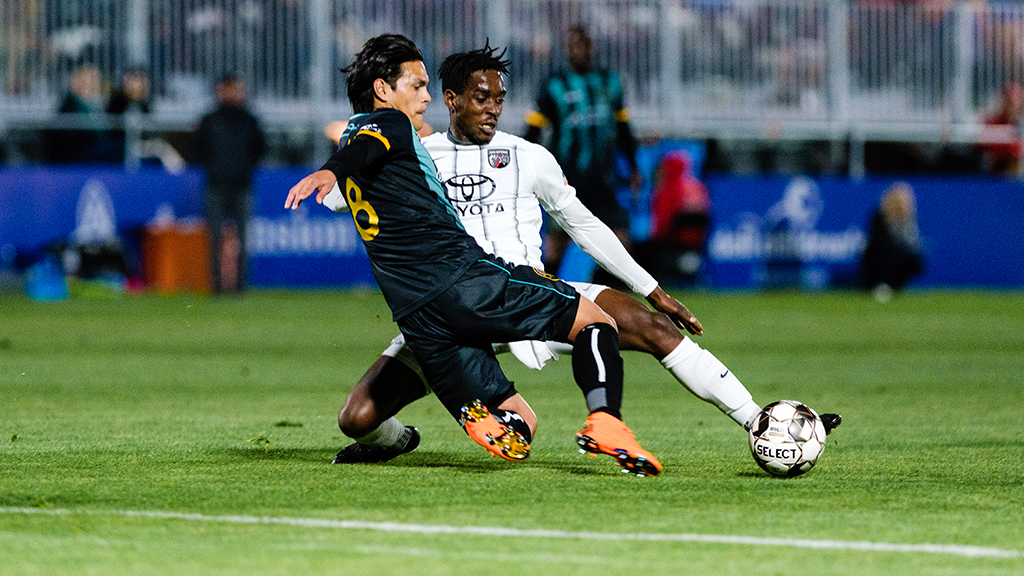 Austin, TX (Friday, July 31) Austin Bold FC restart their 2020 USL Championship season restart against I-35 rivals San Antonio FC at Bold Stadium at 8:00 PM CT. The two clubs will get to know each other very well by the end of 2020. Under the new USL Championship Return to Play structure, The Bold will take on SAFC four times as they battle for the top of Group D and progress to the USL Championship playoffs. Catch the game live on ESPN+!

In 2019 The Bold made Bold Stadium at Circuit of the Americas a difficult place for visiting teams, especially San Antonio FC. Marcelo Serrano's men defeated SAFC in both league play and the Lamar Hunt U.S. Open Cup. The first victory occurred during the inaugural match at Bold Stadium on March 30. Kleber steered home a Xavi Baez corner to give The Bold a 1-0 win in front of a sold-out crowd. San Antonio's second visit had more goals but the same final result. Goals from Kleber, Sonny Guadarrama, and Andre Lima helped The Bold knockout San Antonio from the US Open Cup and advance to the next round with a 4-2 scoreline. Saturday's challenge will prove harder without LaCinco12 and the rest of The Bold Familia in the stands.

A 1-3 loss to OKC Energy FC wasn't the result The Bold was looking for in the USL Championship Return to Play, but there were career milestones within the squad to celebrate. Bold newcomers Omar Ciss and Ates Diouf played their first professional minutes. Ciss and Diouf joined Austin during the league-wide suspension from SIMA. Upon their arrival, Serrano spoke highly of his new squad additions, "I'm excited for both of these extremely talented players. We now have a very important job to transition and develop them into their professional careers. With that being said, this easily opens Austin Bold FC to the US and European transfer markets to sell when they become proficient as professionals." From the impressive small glimpse in their first match, we can expect much more from the Ciss and Diouf.

Austin Bold FC continued its mission of developing the best young talent from Austin with the signing of Nathaniel Adamolekun. The Austin native joins the Bold from FC Pinzgau Saalfelden in the Austrian Regionalliga West. The 21-year-old forward scored eight goals in seven matches for the Austrian club in the first half of the season before a league-wide suspension due to the COVID-19 pandemic. Adamolekun was excited to be back in his hometown. "I'm grateful for the opportunity to be back home in Austin and be close to my family, friends, and support network during this COVID-19 pandemic." Adamolekun continued, "I'm excited to get in with Austin Bold FC and play with guys I already know, continue to make my mark, and help The Bold achieve the goals we've set for the season."

San Antonio FC started the USL Championship season strong with a 1-0 win against reigning champions Real Monarchs SLC in March and showed no signs of rust after the hiatus. With a 1-0 win and a 1-1 draw, both against fellow Copa Tejas club Rio Grande Valley FC Toros, SAFC sits at the top of Group D with seven points since the restart. Local San Antonio product and 2019 USL Championship Young Player of the Year Cristian Parano has stood out over the last two matches with a goal and assist. SAFC Head Coach Alen Marcina will look to the youngster to continue his impressive run of form on Saturday.

Get to know San Antonio FC by the numbers.