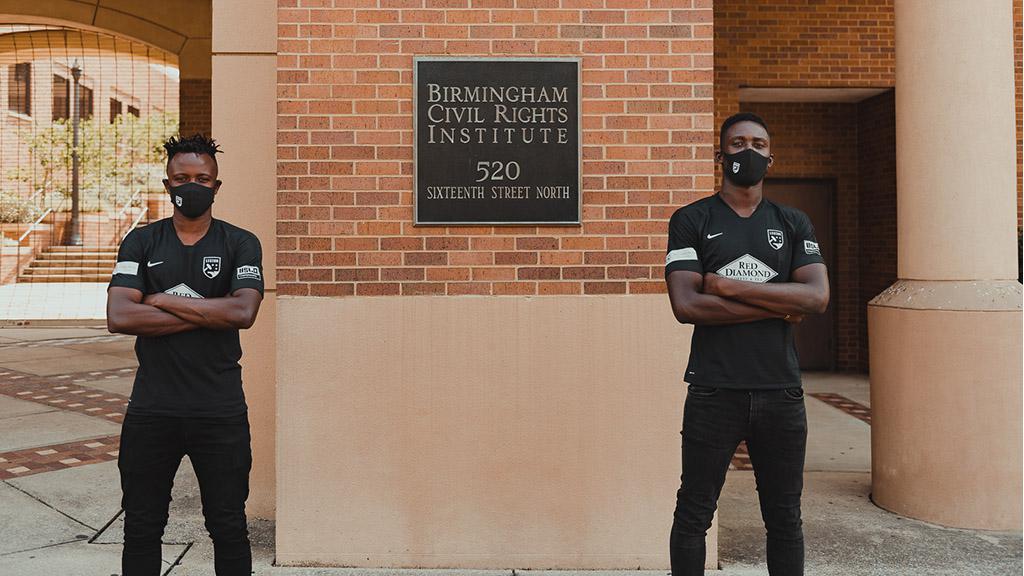 BIRMINGHAM, Ala. — Birmingham Legion FC announced on Thursday its auction for special commemorative Birmingham Civil Rights Institute-inspired jerseys worn during the team's season opener July 15 against Memphis 91 FC raised more than $9,000 for the institute, including $1,050 the club added in support.

“We're honored to partner with an organization as distinguished as the Birmingham Civil Rights Institute,” said Legion FC President and General Manager Jay Heaps. “The Institute has done inspiring work to encourage communication and education on civil rights issues in this community and around the world, and as a part of this city, we are proud to support them with this partnership.”

Legion FC is a corporate member at the institute. Other jersey sponsors – Red Diamond, Buffalo Rock, and Mercedes Benz of Birmingham – approved the commemorative kit and stand with Legion FC in support of BCRI.

“We are excited to join in partnership with Legion FC,” said Isaac M. Cooper, Birmingham Civil Rights Institute Board Chair. “This supports the Institute by reaching audiences in our ever-changing world to bring voice and perspective to today's activism for civil and human rights.”

Legion FC will be back in action on Saturday as it squares off with North Carolina FC in a rematch from the 2019 USL Championship Playoffs at Sahlen’s Stadium at WakeMed Soccer Park.