SONNY GUADARRAMA’S FIRST HALF GOAL NOT ENOUGH ON FRIDAY NIGHT 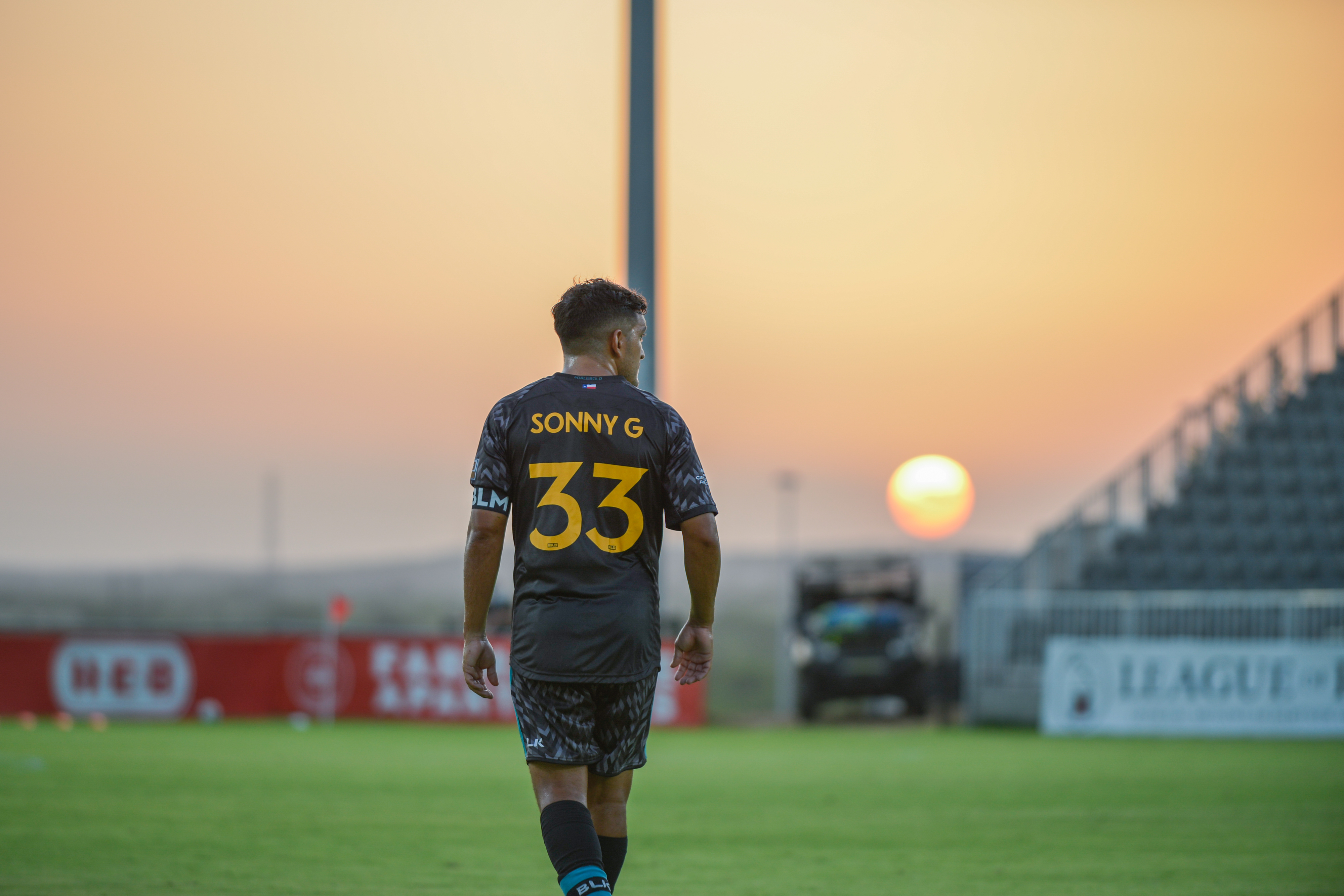 Austin, TX (July 17,  2020) Austin Bold FC was defeated by OKC Energy 1-3 in the first match of the 2020 USL Championship Return to Play at Bold Stadium. Energy FC broke the deadlock with a strike by Jonathon Brown. The Bold responded quickly through a perfectly placed shot on the half volley by midfielder Sonny Guadarrama. Referee Lorenzo Hernandez awarded Energy FC a penalty after Ates Diouf and Zachary Ellis-Hayden became tangled in the box. Jaime Chavez converted the ensuing PK. Marcelo Serrano's men searched for an equalizer, but OKC forward Jose Hernandez struck late in stoppage time to put a draw out of reach.

Friday night's match started chippy with referee Hernandez issuing three yellow cards in the first 18 minutes. OKC Energy FC struck first in the 29'. The Bold backline struggled with an Energy long ball, and OKC midfielder Brown pounced at the opportunity with a right-footed shot to the bottom right corner to take the lead.

The Bold responded quickly in the 33' when Guadarrama masterfully chested down a looping Omar Ciss pass and smashed home a left-footed shot on the half volley. The Austin native's goal brought the match level going into halftime.

A converted penalty in the 64' gave the away side the lead once again. Diouf and Ellis-Hayden battled for a ball at the edge of the box. The two became tangled and went to ground. Referee Hernandez pointed to the spot, and Chavez added to the scoreline.

Austin searched for the equalizer, forcing OKC goalkeeper C.J. Cochran into a save from a powerful Kleber in the 78', but couldn't find the back of the net. Energy added another in stoppage time through Hernandez to take home all three points.

After the match, Head Coach Marcelo Serrano spoke of his team's performance.

"We had more clear chances than them. Tonight, we let in some goals that last year we did not give up at home. It was our first game after not playing for many months. We still need to get game fit."

Serrano already has his eyes on the next match.

"We gotta step up to the plate and work hard next week to bring the W."

Goalscorer Sonny Guadarrama spoke on getting back to scoring after the forced league-wide hiatus.

"It felt great to finally be back on the field. Even though it wasn't the result we were looking for, we know it's just the beginning, and we have a quick turnaround for the next game. I'm super happy to score and to score in the 33rd minute [Guadarrama's jersey number] in my first game back from the pandemic. I'm looking to help the team in that aspect more and more as the games go on, and hopefully, the results start coming."

Austin Bold FC will have an opportunity to bounce back as FC Tulsa comes to Austin this Thursday (7/23) at 8:00 PM CT. Watch this match, and every USL Championship match, on ESPN+!