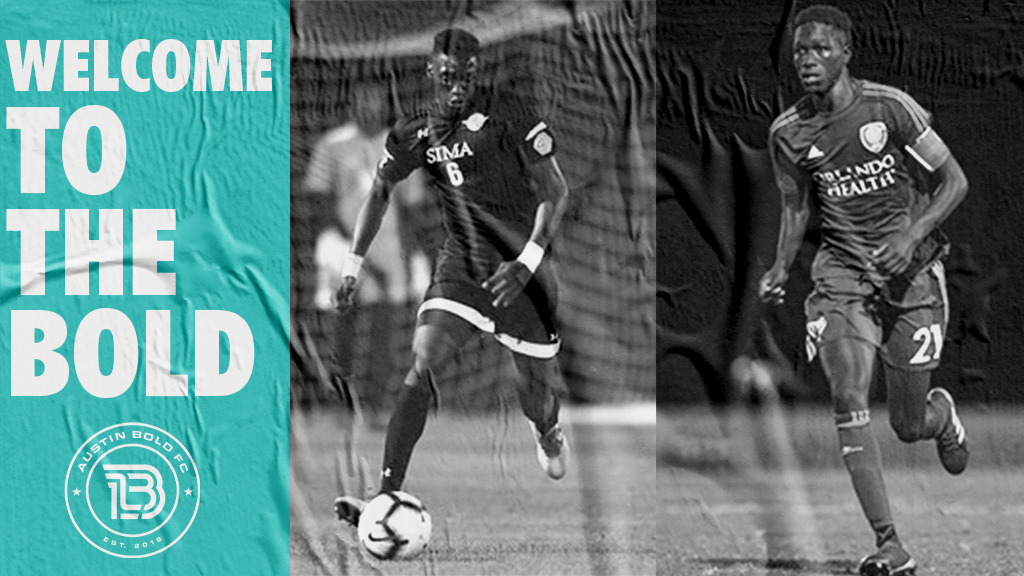 "Ates and Omar coming to Austin help merges The Bold with another soccer institute (S.I.M.A) that shares similar strong societal values as our organization. Values such as the courage to change bad environments, putting people first, creating winning cultures, and inclusiveness," Said Austin Bold FC Head Coach Marcelo Serrano. "I'm excited for both of these extremely talented players. We now have a very important job to transition and develop them into their professional careers. With that being said, this easily opens Austin Bold FC to the U.S. and European transfer markets to sell when they become proficient as professionals."

Diouf, 20, enrolled at The Soccer Institute at Montverde Academy in Orlando, Florida, from Rufisque, Senegal, as a result of S.I.M.A's direct partnership with Salif Diao's SPORT4Charity project. In 2019, the Senegalese midfielder graduated from S.I.M.A and joined Orlando City B in USL League One. In 17 appearances played for OCB, Diouf scored one goal and tallied one assist. Diouf participated in the 2020 Austin Bold FC preseason as a trialist.

Ciss,18, joined The Soccer Institute at Montverde Academy in Orlando, Florida, from Dakar, Senegal, also through S.I.M.A's partnership with Salif Diao's SPORT4Charity project in 2017. Ciss is currently a senior at Montverde Academy and will graduate with honors in May 2020. Ciss participated in the 2020 Austin Bold FC preseason as a trialist.

"We are extremely proud of Ates and Omar for the opportunities that they have rightfully deserved as a result of their hard work and dedication in the classroom and on the field of competition.  Their story of success continues to prove that young people can accomplish their dreams of playing professional football while continuing their education and this is a testament of our mission here at Montverde Academy and the SIMA Program of combining education and sport to help young people with opportunity," commented Head SIMA Boy's Coach and Director Mike Potempa. "We are extremely grateful for our relationship with Austin Bold FC and believe that this organization is the perfect environment for Omar and Ates to begin the careers as professional athletes.”

USL Championship temporarily suspended play due to the COVID-19 pandemic in accordance with local, state, and national health authorities, as well as the Centers for Disease Control and Prevention and the Department of Homeland Security. Austin Bold FC will provide additional updates on the continuation of the 2020 Championship season when a return date becomes available.