EVERYTHING YOU NEED TO KNOW ABOUT THE USL eCUP: ROCKET LEAGUE EDITION 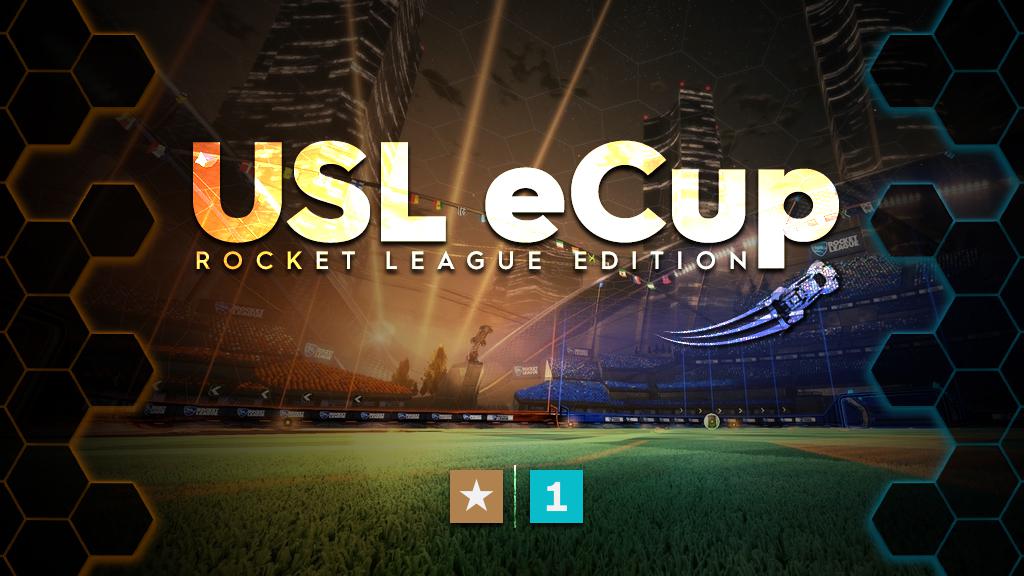 AUSTIN, TX (March 30, 2020)  Austin Bold FC enter the digital arena in the inaugural edition of the USL eCup: Rocket League edition, which will see 32 teams from across the organization’s professional ranks meet in a month-long tournament featuring one of the most successful and highly-awarded games of all time.

Learn everything you need to know about this tournament.

What is Rocket League?

The creators of Rocket League describe the game as "a high-powered hybrid of arcade-style soccer and vehicular mayhem with easy-to-understand controls and fluid, physics-driven competition." Essentially, it's a soccer game, but instead of players, users drive around rocket-propelled cars to hit the ball and each other while trying to score goals. The objective of the game is simple, and familiar -- score more goals than the other team.

The USL eCup is a World Cup-style tournament featuring clubs from both the USL Championship and USL League One.

During the first week of the Group Stage, each team will play one match. Then, during the second week, each team plays two matches.​​​​​​ The top two teams from each group after these two weeks advance to the Knockout Rounds.

The Knockout Rounds will take place between Monday, April 13 and Friday, April 24. During this round, each team will play no more than two games per week.

Each match will be streamed live exclusively on ESPN3. 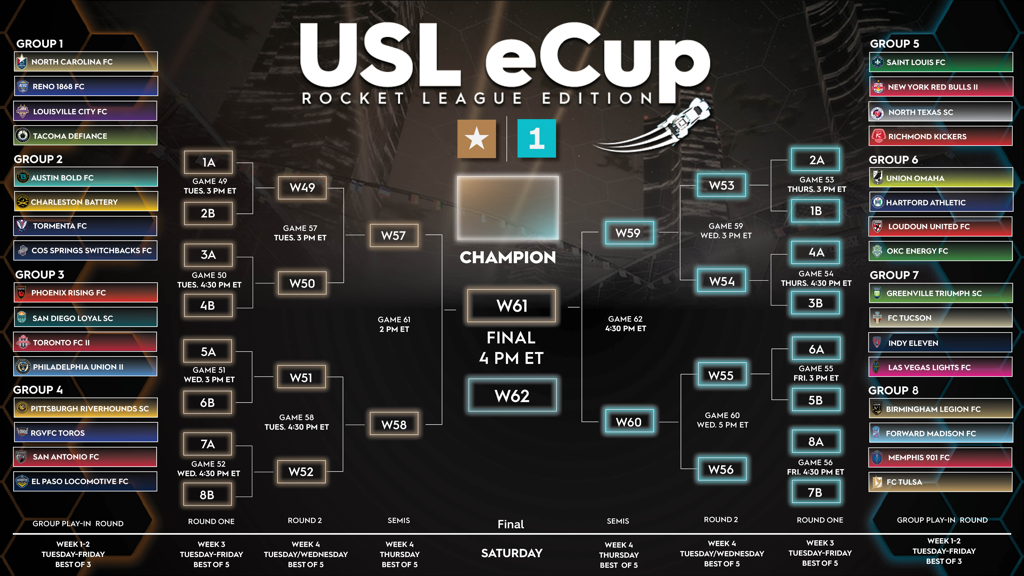 Each team will have one representative from their roster play in a 1v1 match. During the Group Stage, matches will consist of a best-of-three series, which will last for approximately 15-20 minutes.

During the Knockout Round, matches will consist of a best-of-five series.

The Final will consist of a best-of-seven series.

All games will go to sudden death overtime if teams are tied at the end of regulation for all rounds.

The tournament will use Rocket League tiebreakers: