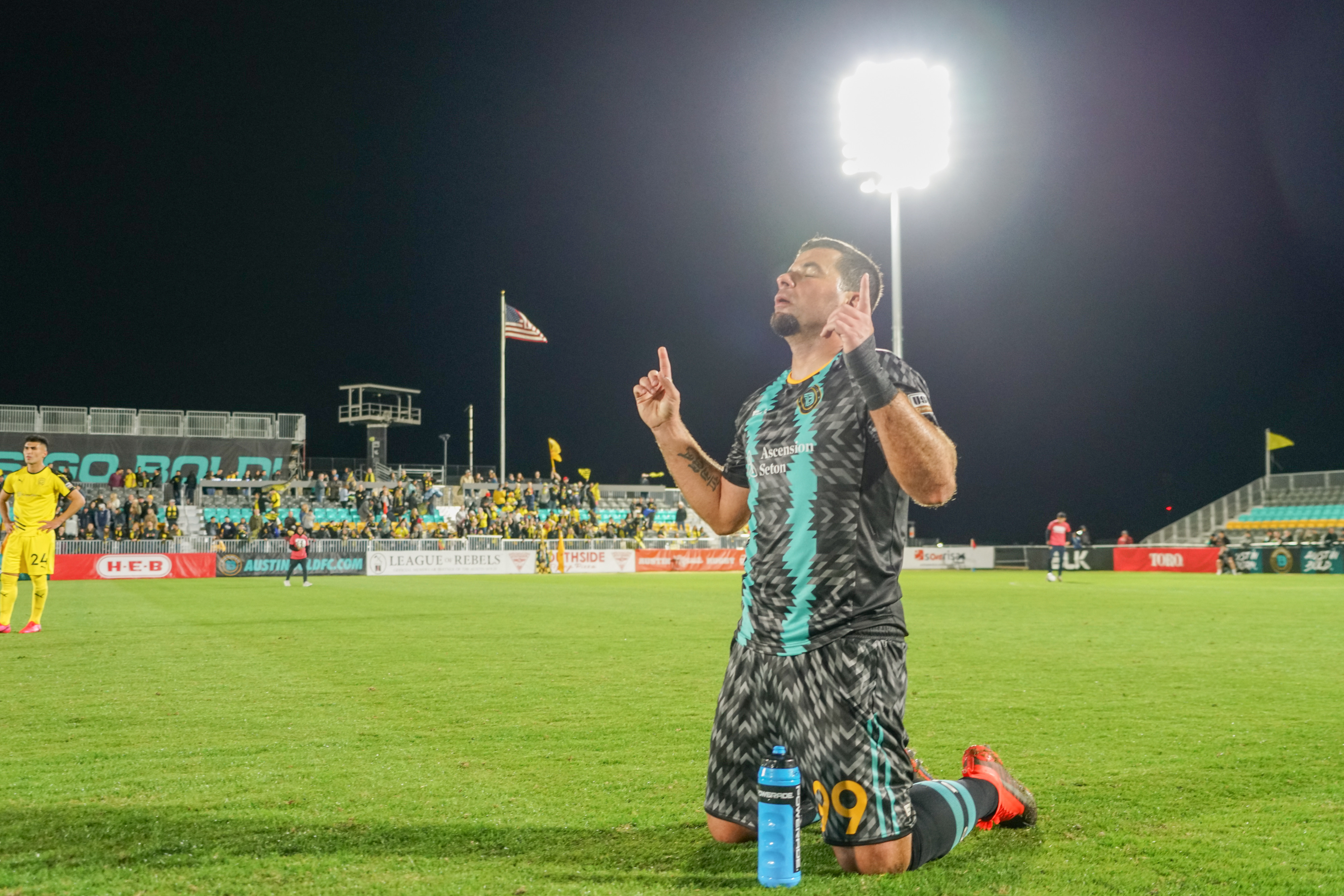 Austin, TX (March 7, 2020)  Austin Bold FC celebrated their first match of the 2020 USL Championship season with a 1-0 win over New Mexico United at Bold Stadium. Both sides traded dangerous chances in the first half. Diego Restrepo made a quick kick save to keep Christopher Wehan from putting New Mexico on the board first, and Thomas de Villardi’s shot went just wide for the home side. In the second half, referee Malik Badawi awarded Austin a penalty after Ema Twumasi was brought down in the box. Andre Lima converted the ensuing penalty kick to give Austin the lead. New Mexico United couldn’t find an equalizer, and The Bold finished the night with all three points.

New Mexico United registered the first scoring opportunity of the night in the 11’. United midfielder Andrew Tinari fed a pass to Romeo Parkes. The ball ricocheted between Parkes and Bold defender Sean McFarlane JR and popped out to an onrushing Wehan.  Restrepo reacted quickly with a kick save on Wehan’s shot to keep the match level.

De Villardi got close to breaking the deadlock in the 42’. After a poor clearance from the New Mexico United backline, De Villardi pounced on the loose ball with a left-footed shot from outside the box that barely missed the bottom left corner of Cody Mizell’s goal.

Referee Badawi awarded Austin Bold FC a penalty in the 51’. Twumasi received a lofted ball from Lima and made a run into the box, holding off two defenders. New Mexico defender Justin Schmidt came in with a late challenge to bring down Twumasi. Lima took the ensuing penalty kick and smashed home a right-footed shot to the top left corner to give The Bold the lead. The visitors struggled to make clear cut chances in the remaining time, and Austin Bold FC  registered their first win of the 2020 USL Championship season.

After the match, Head Coach Marcelo Serrano spoke on his excitement of getting all three points.

“A win in the first game of the season? That’s amazing. It took us till our third game last year to get our first win. No matter what happens on the field. We got a win. With the right values and the right character, this team is going to go far.”

Serrano also spoke on the new players to the 2020 Austin Bold FC roster.

“Billy and Jome played hard games against us last year. I like their personalities and history in the game. You can see a trend in my recruiting. I like to recruit players that others didn’t give the love that they needed. I think my whole team is filled with players that other clubs have overlooked their potential.”

Next up, Austin Bold FC head to California to take on LA Galaxy II on Saturday (3/13) at 9:30  PM. Watch this match, and every USL Championship match, on ESPN+!