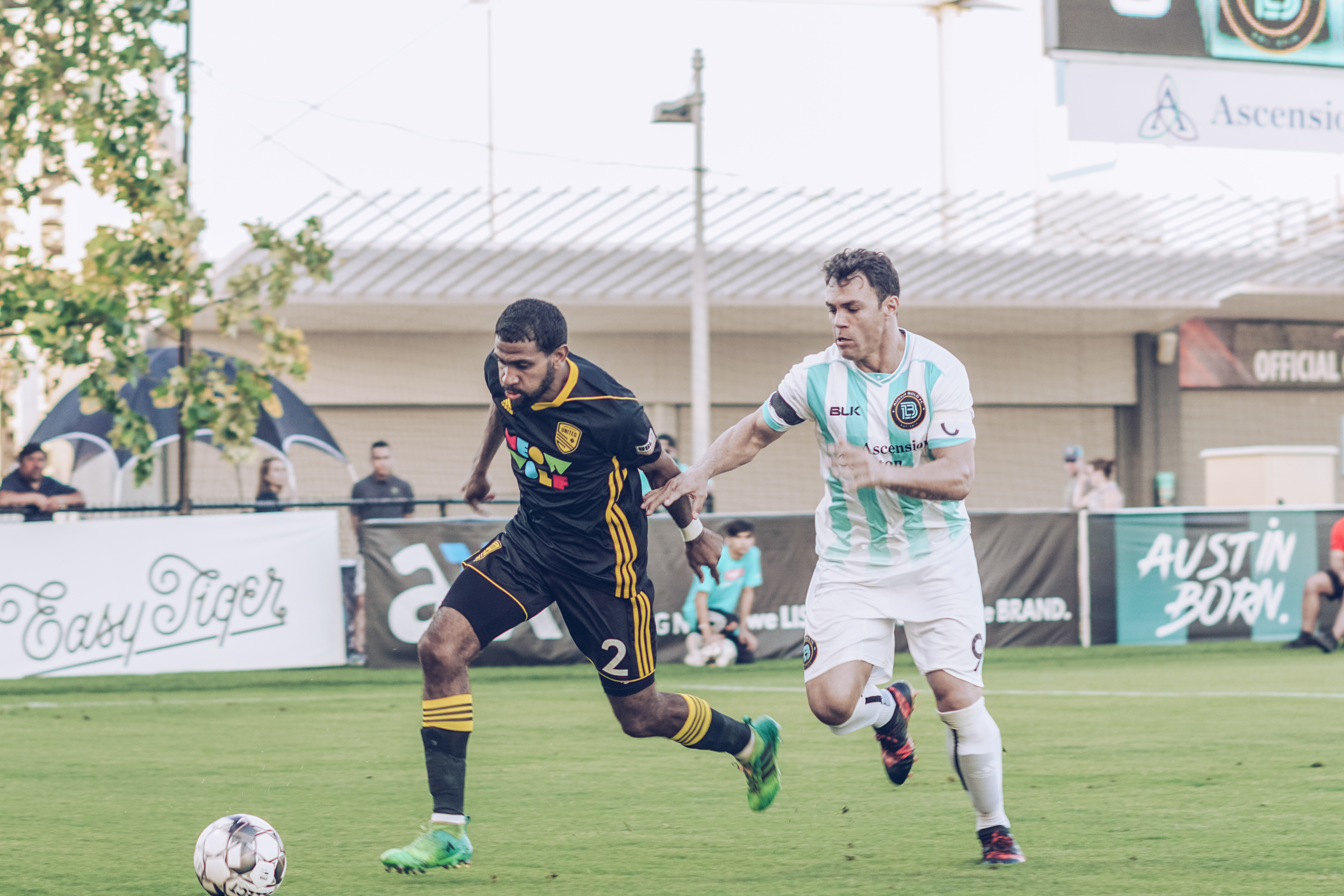 Austin, TX (March 6, 2020) Austin Bold FC kicks off its 2020 USL Championship campaign against New Mexico United at 7:30 PM CT at Bold Stadium. Both clubs look to replicate their 2019 success in 2020, as each side was able to claim a USL Championship Playoff spot in their inaugural seasons. New Mexico United got the upper hand against The Bold in 2019, claiming a 1-3 victory at Bold Stadium and a 2-2 draw at Isotopes Park. Head Coach Marcelo Serrano looks to change Austin’s fortunes for year two.

Serrano saw steady progress amongst his new and returning players throughout the 2020 preseason training. The first test came against FC Dallas in Frisco, TX. The Bold played well, but an early goal from Zdenek Ondrasek sent The Bold back to Austin with a 1-0 defeat. They bounced back the following weekend with a 2-2 draw at Bold Stadium against Rio Grande Valley FC. Serrano’s men went down 0-2 in the first half, but fantastic performances from the trialists saw the match draw level by the final whistle. A doubleheader at St. Edward’s University punched The Bold’s first win of the year. A 1-1 draw against St. Edward’s University with a goal from Beto Avila was followed by a 0-4 victory against UT Rio Grande Valley with goals from Sean McFarlane, Kris Tyrpak, and a trialist. The last two preseason matches ended with wins. A 2-0 win against Southern Methodist University and a 4-0 win against USL League Two side Texas United.

General Manager Roberto Silva and Serrano worked hard this offseason to bring back the majority of Austin Bold FC’s 2019 core of players. Seventeen players from the inaugural squad will suit up for The Bold again for 2020. Leading goalscorers Andre Lima, Kleber Giacomazzi, and Kris Tyrpak are all ready to continue where they left off. Club assist leader (and third amongst the entire USL Championship) Sean McFarlane JR returns as well. Team ironmen Amobi Okugo, Xavi Baez, and Jermaine Taylor are staying at Bold Stadium for 2020.

General Manager Roberto Silva spoke on the importance of bringing continuity between the 2019 and 2020 rosters. “We’re excited to welcome back even more crucial members of our 2019 squad for 2020. Bringing back most of your roster is increasingly rare in the USL Championship and provides us the opportunity to build off our first-year success.”

The Bold coaching staff and the front office didn’t rest on last year’s success. Additions were made to strengthen the squad. The first was forward Billy Forbes from local rivals San Antonio FC. Forbes has years of experience in the US second division, playing in both USL and NASL. He was named to USL’s All-League Second Team in 2017 with ten goals. He is also the Turks and Caicos National Team’s all-time leading goal scorer. Defender Ismaila Jome joined The Bold Familia from Colorado Springs Switchbacks FC, where he tallied four goals and seven assists in 34 matches. Previously, Jome played with Minnesota United in both the NASL and MLS. Finally, Brecc Evans joined Austin Bold FC on loan from USL League One winning side North Texas SC. Evans was named captain of North Texas SC in his first professional season and led the team to first place in the regular season. The center back started 24 games and helped the club earn a league-high 14 clean sheets

“The offseason is a very important time of year for a club. There are a lot of negotiations going on for players to stay, move on, and new faces to come in. We’ll have more good news in the coming weeks for our supporters” said Silva

New Mexico United Head Coach Troy Lesesne will be put to the test in 2020. Lesesne gave his supporters a lot to cheer about last season with a USL Championship playoff berth, and a deep US Open Cup run in their inaugural season. He will have to replicate that success without two of 2019’s most important players. Leading goal scorer Kevaughn Frater moved to Bengaluru FC of the Indian Super League, and creative midfielder Santi Moar moved to Western Conference rivals Phoenix Rising FC. Lesesne made strong additions to fill in those gaps with Kalen Ryden and Amando Moreno, but it’s still unknown if it’ll come with the same success.

Get to know New Mexico United by the numbers.