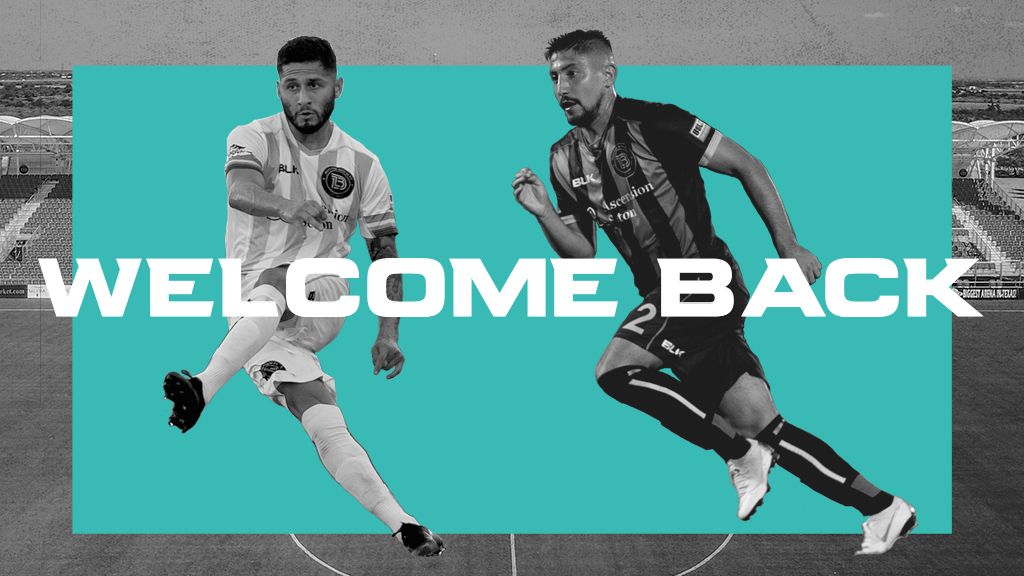 AUSTIN, TX (Friday, February 7) Austin Bold FC announced today the return of Josue Soto and Jorge Troncoso for the 2020 USL Championship season. All signings are pending league and federation approval. Per club policy, terms of individual contracts will not be released.

Austin Bold FC strengthens their roster in preparation for their second season with the addition of Josue Soto on a permanent basis and the return of Jorge Troncoso. Soto spent 2019 on loan with The Bold from Mexican club Queretaro FC. The Californian native played over 1,000 mins for Head Coach Marcelo Serrano and was a vital team member during the final stretch of matches leading to a playoff berth in The Bold's inaugural season.

"I'm thankful for this opportunity,” said Soto. “I'm looking forward to this season's challenges and ultimately happy to be back home.”

Troncoso joined Austin Bold FC from Chilian side Deportes Melipilla in 2019, scoring one goal in nine matches. The defender's season was cut short with a suspected season-long injury in May. With the help of the experts at Ascension Seton, Troncoso made an early recovery and played 16 minutes in Bold's playoff match against LA Galaxy II.

"I'm very happy and excited to return to Austin," said Troncoso. "I just want to contribute to the team and help my teammates after my unfortunate injury last season."

Austin Bold FC and Clayton Adams have mutually agreed to part ways for the 2020 USL Championship season. Austin Bold FC ownership, coaches, and staff would like to thank Adams for being an integral part of Bold history and his contributions to the club.

"As we get closer to our season opener on March 7, the front office and coaching staff are excited to strengthen our squad with Josue and Jorge," said General Manager Roberto Silva. "Both players stepped up big in 2019 in their own ways, and the entire organization can't wait to see what they do in 2020."