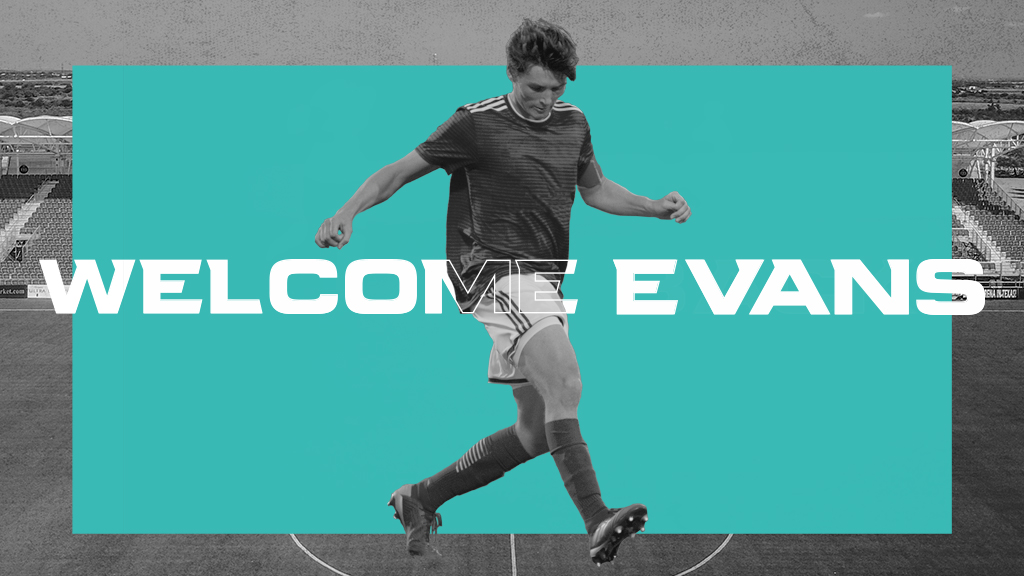 “We’re excited to have Brecc with The Bold for 2020,” said Austin Bold FC Head Coach Marcelo Serrano. “He’s already accomplished a lot at a young age with North Texas SC by captaining a brand new franchise to its first championship. I hope to help him grow even more during his time in Austin.”

Evans, 20, was named captain of North Texas SC in his first professional season and led the team to first place in the regular season as well as the first-ever USL League One title in 2019. The center back started 24 games and helped the club earn a league-high 14 clean sheets.

“We began our relationship last year with FC Dallas with the loans of Ema Twumasi and Francis Atuahene,” said Austin Bold FC General Manager Roberto Silva. “I’m happy that their organization was impressed by our development of those two players to loan us another young promising player to continue the close connection between our clubs.”

A graduate of the FC Dallas Academy, Evans played college soccer at California Polytechnic for one season. He featured in 16 games for the Mustangs, scoring one goal and earning a Big West honorable mention before returning to Frisco to join North Texas SC for its first season.

“I am extremely excited to get started here at Austin Bold,” said Evans. “They have given me an opportunity to display my talents and I hope to make a positive impact on the team. I have come here to win championships just as I did at North Texas last year and every day the hard work will be aimed toward that goal.”