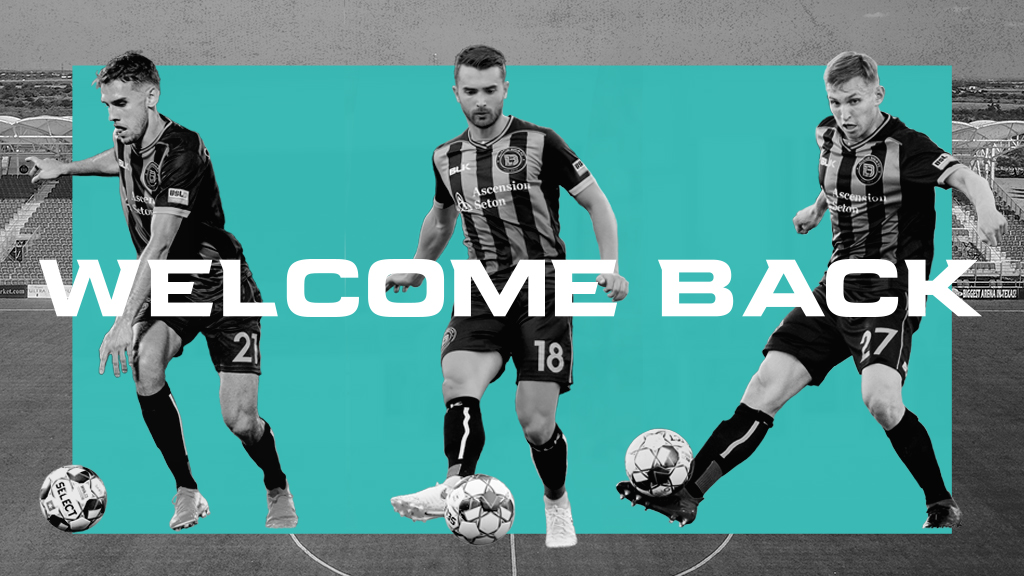 AUSTIN, TX (Wednesday, January 15) Austin Bold FC is excited to announce four returning players ahead of the 2020 USL Championship season beginning on March 7 against New Mexico United at Bold Stadium. All signings are pending league and federation approval. Per club policy, terms of individual contracts will not be released.

Austin Bold FC continues 2020 preparations with the addition of four more members of the inaugural 2019 roster. Midfielders Thomas de Villardi and Valeri Saramutin join the twelve announced players for Austin’s sophomore year. Defender Fabien Garcia will also be back at Bold Stadium to help the Bold defend the Copa Tejas trophy. Goalkeeper Ryan Thompson returns, serving as both a player and goalkeeping coach to Marcelo Serrano.

“As we prepare for the 2020 season, the entire organization is excited to add more returning players from our 2019 team,” said General Manager Roberto Silva. “Having these familiar faces in the locker room brings a level of consistency that can lead to big results on the pitch.”

Austin Bold FC and Demar Phillip have mutually agreed to part ways for the 2020 USL Championship season. Austin Bold FC ownership, coaches, and staff would like to thank Phillips for being an integral part of Bold history and his contributions to the club.

Players Released Under Mutual Agreement as of Wednesday, January 15:

Austin Bold FC is in negotiations to bring back 2019 loaned players and other players not yet under contract for the 2020 USL Championship season.