THE BOLD SEASON TO OPEN MARCH 7 AT BOLD STADIUM VS. NEW MEXICO UNITED 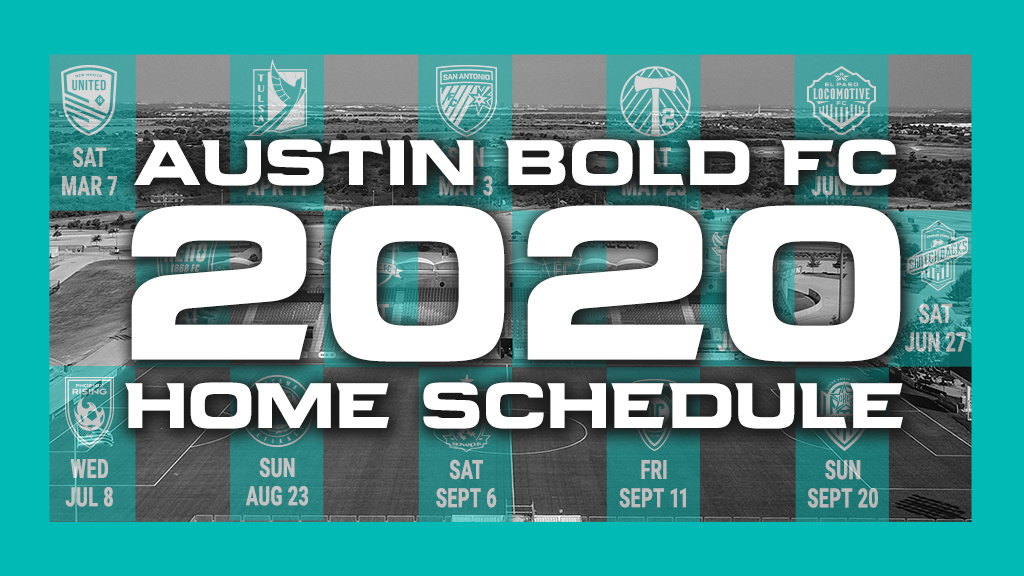 Austin Bold FC hosts Phoenix Rising FC on Wednesday, July 8, at Bold Stadium. After Rising FC knocked The Bold out of the 2019 USL Championship Playoffs, The Bold will look to get revenge in 2020.

As part of the new rights agreement reached between the USL and ESPN this past August, the Championship will have Spanish-language coverage on ESPN Deportes. Austin Bold FC’s road match against New Mexico United on July 17 will broadcast nationally on ESPN Deportes.

Austin Bold FC will play 34 matches in 2020, playing every Western Conference team twice – once at home and once on the road. The Bold will host 10 Saturday matches, four Sunday matches, two Wednesday matches, and one Friday match at Bold Stadium throughout the season. Kickoff times for 2020 home and away matches will be announced at a later date.