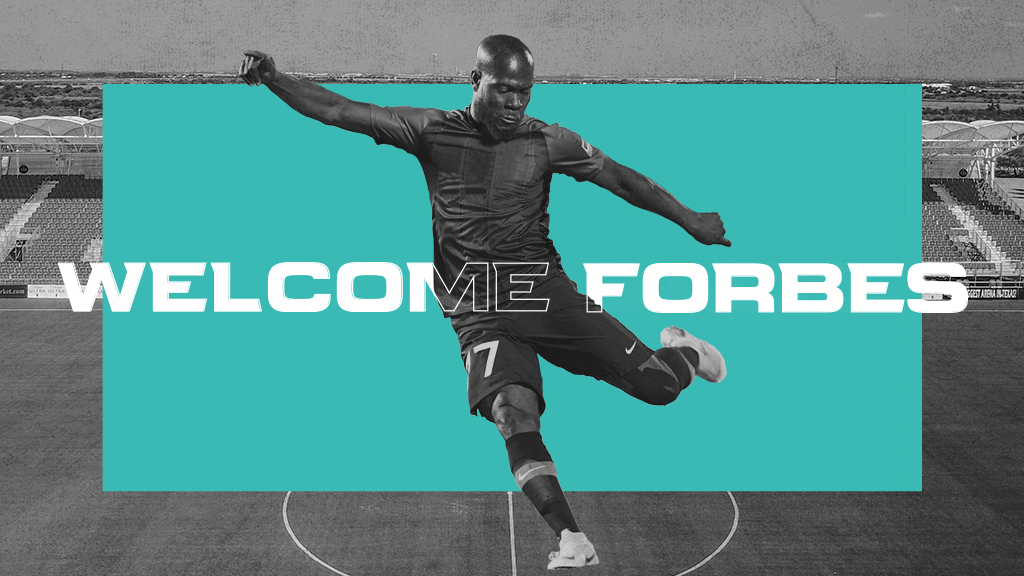 “We’re excited to add Billy Forbes to our 2020 roster,” said Austin Bold FC General Manager Roberto Silva. “He has many years of USL experience that will be incredibly valuable to us in our sophomore year. We’re looking to battle for the USL Championship title this season, and the addition of a player like Forbes helps push us closer to our goal.”

Forbes played for San Antonio FC in the USL Championship during the 2019 season. In his second stint with the Texas side, the forward started 15 matches and totaled 23 appearances. In 1,480 minutes played, Forbes scored three goals and tallied three assists. The Turks & Caicos international was named to the Week 18 USL Championship Team of the Week for his one goal and one assist performance against The Bold at Toyota Field.

After beginning his career with Turks & Caicos club ProvoPool Celtic, Forbes played collegiate soccer at Western Texas College and Lubbock Christian University. The forward spent time at USL League 2 sides Mississippi Brilla and Southern West Virginia King’s Warriors from 2012-13. Forbes joined NASL side San Antonio Scorpions in 2014, helping the team win the NASL Championship. After a stint with Rayo OKC in 2016, Forbes returned to the Alamo City with San Antonio FC to make 30 appearances and score ten goals. During the 2017 season, Forbes was named to the USL All-League Second Team and won Player of the Month in April with ten goals and nine assists in 33 matches played. The forward helped Phoenix Rising FC win the Western Conference Championship and earn a USL Cup Final appearance in 2018. Forbes is a full-international with the Turks & Caicos National team. He has made 13 appearances since 2008, becoming the national team’s leading goalscorer with eight.

“I’m excited to be apart of the Bold family, grateful for this amazing opportunity I can’t wait to get started,” said Forbes.