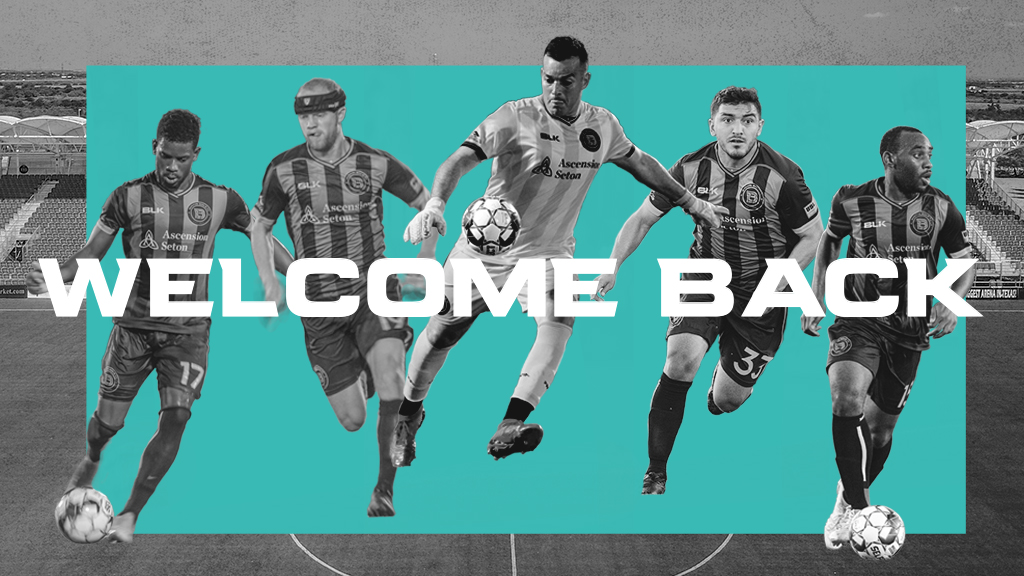 The Bold welcomes back an additional 5 members of the 2019 roster on top of the initial roster moves announced on December 13. Team assist leader Sean McFarlane returns for Bold’s second season along with defender Amobi Okugo. Goalkeeper Diego Restrepo will be back to man the net after 10 clean sheets and 65 saves in 2019. In addition, Austin locals Kris Trypak and Sonny Guadarrama are back to represent their hometown at Bold Stadium.

The full list of players currently under contract for head coach Marcelo Serrano include:

General Manager Roberto Silva spoke on the importance of bringing continuity between the 2019 and 2020 rosters.  “We’re excited to welcome back even more crucial members of our 2019 squad for 2020. Bringing back most of your roster is increasingly rare in USL Championship and provides us the opportunity to build off our first-year success.”

Players Released Under Mutual Agreement as of Thursday, December 19:

Austin Bold FC is in negotiations to bring back 2019 loaned players and other players not yet under contract for the 2020 USL Championship season.