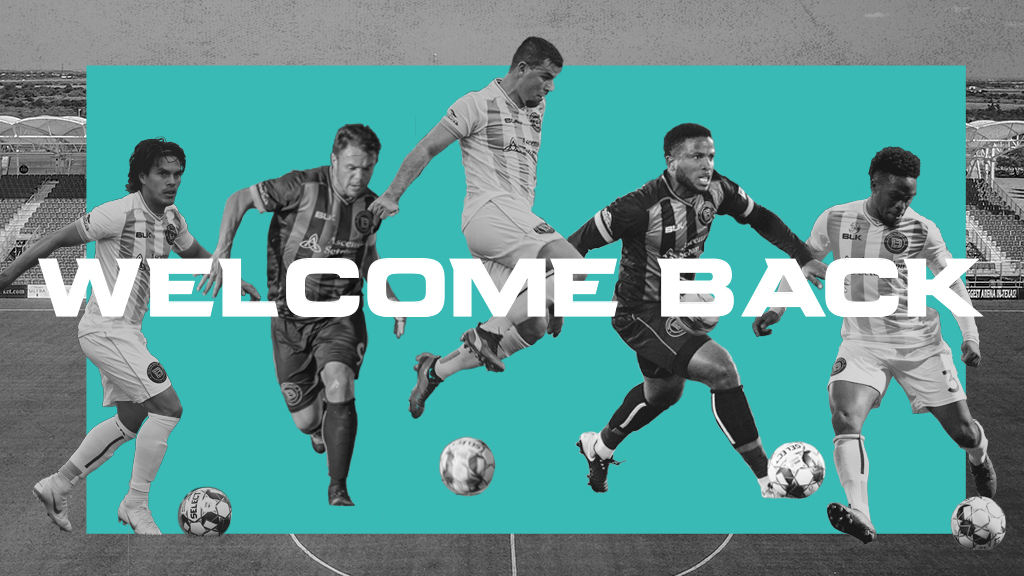 AUSTIN,TX (December 13, 2019) Austin Bold Football Club announced today its initial roster moves ahead of the 2020 USL Championship season beginning in March. All signings are pending league and federation approval. Per club policy, terms of individual contracts will not be released.

After a successful inaugural USL Championship season, The Bold welcomes back five members from their 2019 roster. Club leading goalscorers Andre Lima and Kleber return for The Bold’s second season. Midfielder Xavi Baez will be back along with defenders Jermaine Taylor and Edson Braafheid.

After securing the return of five players, Serrano spoke on the importance of continuity in the continued success of Austin Bold FC. “I’m incredibly happy to keep the core group of the 2019 roster together again for 2020. This will help with the further development of the team, and it’s relationship with the Austin community.”

Austin Bold FC and the following players are mutually agreed to part ways; Midfielder Calum Mallace and Defender London Woodberry. Austin Bold FC ownership, coaches, and staff would like to thank Mallace and Woodberry for being a part of Bold history and their contributions to the club.

“The offseason is a very important time of year for a club. There are a lot of negotiations going on for players to stay, move on, and new faces to come in. We’ll have more good news in the coming weeks for our supporters” said General Manager Roberto Silva

Players Released Under Mutual Agreement as of Friday, December 13:

Austin Bold FC is in discussions with other players not yet under contract for the 2020 season.